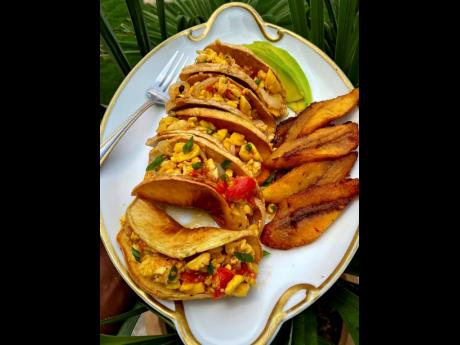 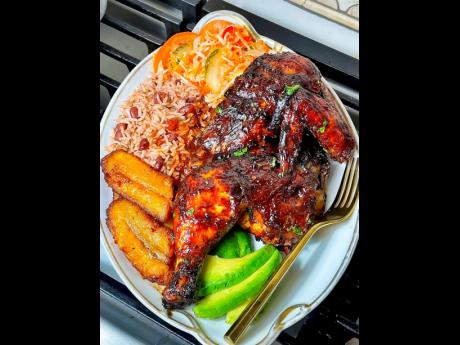 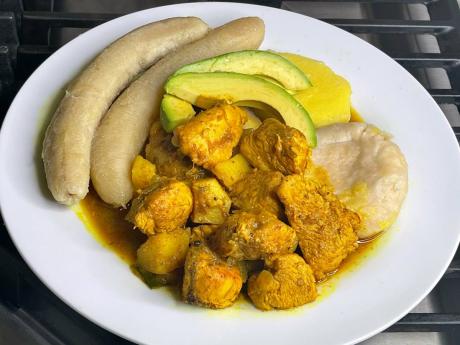 Contributed
Curried chicken, paired with boiled green bananas and a dumpling, served with slices of avocado. 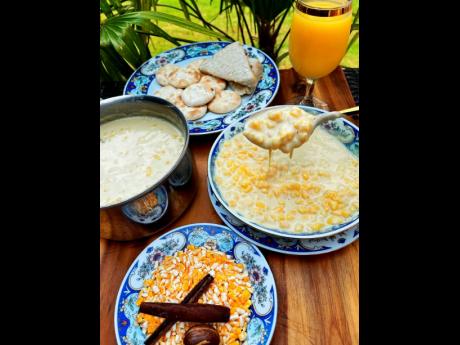 Contributed
A great way to start your morning is with a bowl of hominy corn porridge, fresh from the pot. 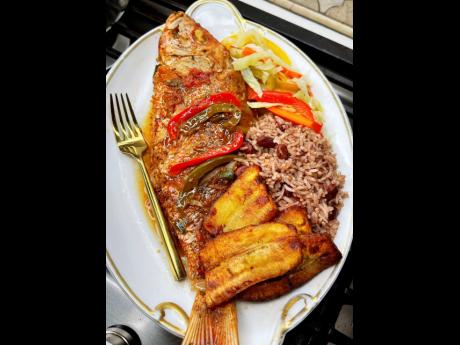 Contributed
The brown stewed red snapper is ready and waiting to be savoured. 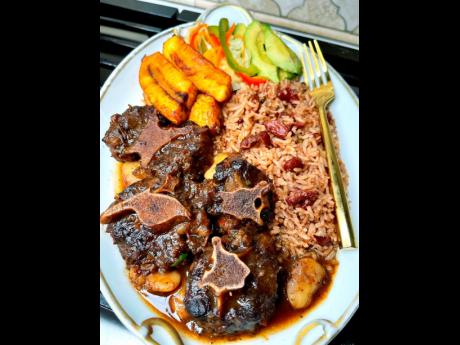 Contributed
Oxtail lovers will enjoy this tasty meal, accompanied by a filling dose of beans and ‘spinnas’. 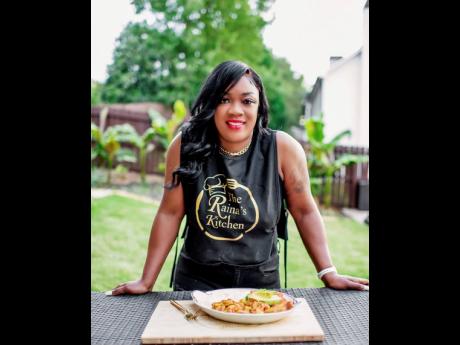 Contributed
The Raina’s Kitchen’s Chef Raina Josephs is gearing up to release her cooking recipe e-book, ‘Cooking with Raina’.
1
2
3
4
5
6
7

Some chefs are born, and others are made. Raina’s Kitchen’s Chef Raina Joseph is a little of both. Based in North Atlanta, the good chef is known for whipping up local dishes like oxtail, curried chicken, curried shrimp, brown stew fish, oven-roasted chicken, hominy corn porridge, and ackee and salt fish in breadfruit tacos that have all received rave reviews. According to the culinary creative, “Food is art. I love the versatility and how pairing different ingredients allows me to express myself, especially when it comes to my Jamaican cuisine.”

Her whole life has been centred around cooking. When she was 15 years old, her parents opened their first Jamaican restaurant, Irie Cafe, and later Fern Gully Jamaican Cafe in Kennesaw, Georgia, which became a continuation of that legacy. Working alongside that dynamic unearthed a new, delicious desire, and developed her strong work ethic and pure love for food. “I learned how to cook by watching my parents cook and serve others from their hearts,” she told Food.

That ignited a gastronomic mission years after, where she created The Raina’s Kitchen. Set in the virtual space, the popular videos posted on her Instagram blog showcase colourful Jamaican dishes that would whet the appetite of many; however, they lacked a key ingredient: step-by-step methods of the recipes. So the YouTube channel became an organic spin-off. “My followers were constantly flooding my inbox with [requests] for longer tutorial-like videos. YouTube was the ideal platform to put my followers first and serve them in a new and satisfying way.”

The feedback thus far has been phenomenal, surpassing her expectations.

It’s incredible to see how thousands of people from all walks of life love Jamaican food, she shared of the space which connects yardies at home, within the diaspora and those who are foreign to authentic Jamaican eats. Her page sky-rocketed in a matter of months, and she received unscripted testimonials; reading those heart-warming messages is her favourite pastime.

As far as recipe development is concerned, it was originally unscientific. Cooking from the heart, she simply sprinkled ingredients until her ancestors said stop. She has now dedicated time and effort to learn the science behind creating recipes. “Formulating my own culturally rich recipes came through family legacy, creative trial and error and figuring out how to measure our well-loved eyeballing, sprinkle, pinch and dash approach. These days, I’ve created and follow my own recipes,” she added.

With her brand still evolving, she hopes to one day be an ambassador for Jamaican cuisine, spreading awareness of our food and culture. “Jamaica and Jamaicans have a ‘likkle but we tallawah’ mindset; I’m no different. I want the Usain Bolt, Bob Marley and Miss Lou effect! I see The Raina’s Kitchen being known for Jamaican cuisine like they are known for track, reggae and folklore. I’ve infused the music and our vibes in every post. It comes naturally for me, and people relate well to authenticity. The goal is to be top-of-mind everywhere in the world for Jamaican food.”