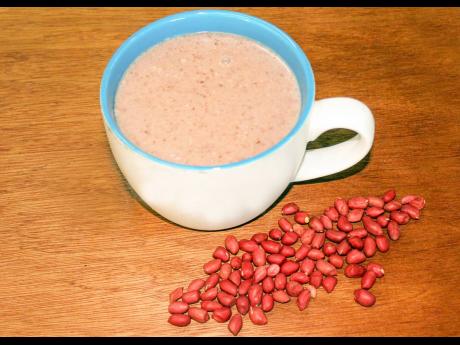 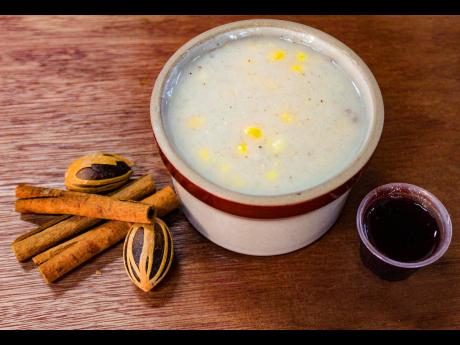 Stephanie Lyew
The hominy corn is a fast-seller with customers requesting a mix with the peanut porridge, and taking it with The Porridge Shoppe’s signature sorrel puree that adds a tangy yet fruity flavour to the overall taste experience. 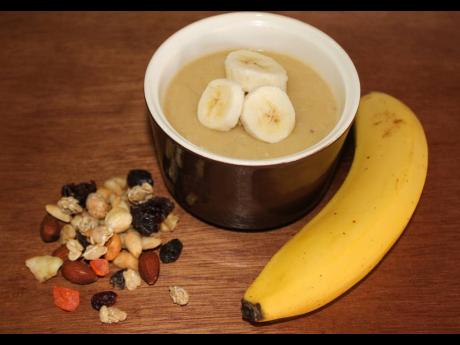 Stephanie Lyew
Special toppings are available from freshly sliced bananas to granola, fruit and nut mixes. Your cup of cornmeal porridge will never be the same. 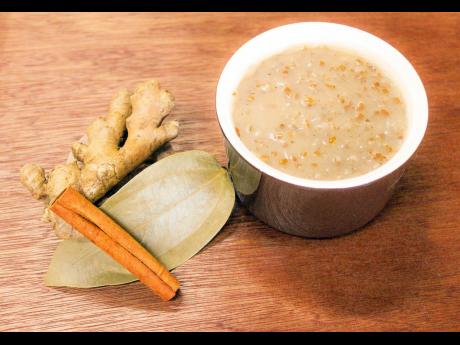 Stephanie Lyew
Bulgar may not be the first choice for a porridge lover, but it provides well-needed fibre that assists with weight loss and improves the health of your digestive system. 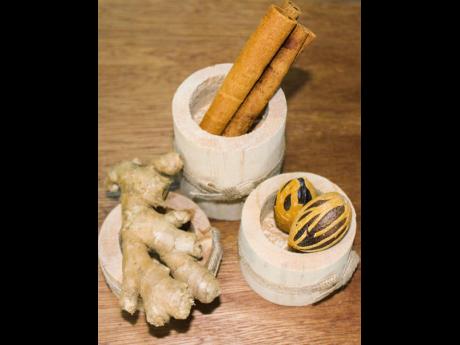 Stephanie Lyew
The Porridge Shoppe utilises all familiar spices, from nutmeg to ginger, that all Jamaicans have grown up on. 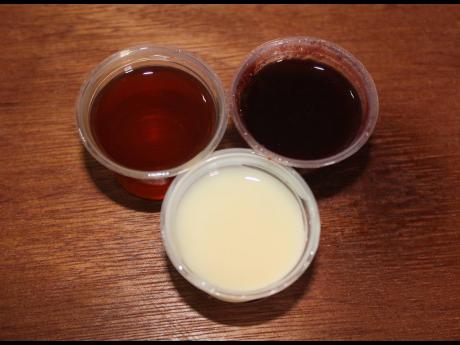 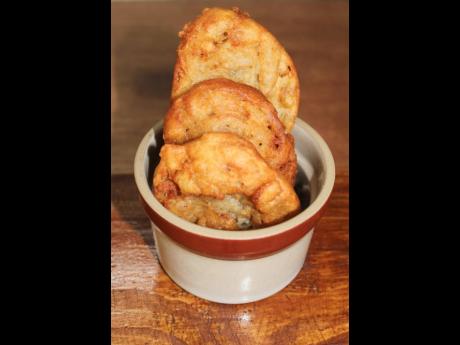 Stephanie Lyew
A serving of banana fritters ready to be packed for the customer that loves to start their day with a little fried breakfast pastry. 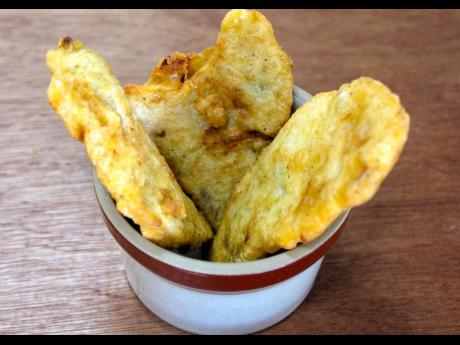 The smell of cinnamon, nutmeg, vanilla and a touch of ginger escapes through the door of The Porridge Shoppe, bringing back childhood memories for many who enter the establishment. Few breakfast foods have universal memories for Jamaicans like porridge, whether it be cornmeal, oats or any other made from nutritious grains and nuts.

“Sometimes in the morning, I get up feeling for porridge, but when I go to other restaurants or establishments that provide breakfast as part of their menu offerings, either they only have one option – oats or cornmeal – that I may not have a taste for or none at all. Truth is, some persons may not eat a particular type of porridge, and it came to me I could have somewhere that people can get their choice of porridge. Hence the birth of The Porridge Shoppe,” said Webster.

Porridge making is an unexpected venture for Webster, who shared that her first memory of having porridge for breakfast was not the most pleasant. So much so that she would not have considered it a potential business venture. “In her efforts to make sure as children we were healthy and strong, my mom used porridge combined with cod liver oil. Porridge was the food we would have right after we took that horrible tasting thing to mask it, and that’s the memory that stuck with me,” she said.

She added, “Even [when] I’d visit family in Mandeville every weekend, or on the holidays, porridge was always made in the mornings, but they did it thicker than I was used to, which would have me protest and the answer was always that I cannot get anything else until I had it. Honestly, if I were to go off my upbringing, then porridge would not be where I’d start to plan a business.”

It was as she got older that her views on porridge changed. It became an important part of Webster’s diet while she was pregnant and then nursing on the recommendation of her mother and grandparents, who informed her on the necessity of having porridge. A few years ago, she developed a business plan and, following an analysis of the market, realised there was a demand in the local breakfast food industry.

The newly established entity is located on the busy Constant Spring Road at the Oaklands Business Complex. While not technically a dine-in café, The Porridge Shoppe offers a space where people may come in and grab a steaming cup of rich, creamy and flavourful porridge.

The breakfast staple, made from starchy plants, may have originated in European countries, but there is no discounting those that African ancestors introduced into Jamaican culture blended with all the natural spices which The Porridge Shoppe has mixed and matched to create, as the tag line reads, ‘a wholesome start to your day’.

Porridge is packed with vitamins, nutrients and fibre that promotes good digestive health, cleans the intestinal tract, improves brain function and promotes healthy, glowing skin. “I believe porridge helped with building my immune system and, in turn, improved my daughter’s diet and is part of her having beautiful skin,” said Webster as she touted the benefits.

The porridges at The Porridge Shoppe are non-dairy, made with a coconut milk base, and customers may add toppings – from granola, fruit and nuts to bananas. There is also a signature sorrel purée that adds just the right amount of sweet and tangy.

“It is not uncommon to hear Jamaicans say they love porridge or have to have a cup in the morning, and we are different because we are giving a variety of options. There are five main porridges we prepare on a daily basis. These are: oats, cornmeal, bulgur, hominy corn and peanut, and we do intend to introduce other porridges. Recently on social media, someone shared their recipe for carrot porridge, and we are all about innovation, not just about offering ol’ time favourites like banana and plantain, which we have had on the menu since we opened, but there are so many foods that can be used to make porridge,” Webster shared, adding that, along with cups of porridge, the breakfast spot also proudly offers “an option of salt fish or banana fritters”.

Orders may be made online at www.porridgeshoppeja.com as early as the night before, and it will be ready as soon as their doors open at 6:30 a.m.

“Order early, and stick to pick-up time because we want to make sure the porridge that’s waiting for our customers is still warm. We have customers from businessmen and women, athletes and fitness enthusiasts who need all the amazing and wholesome nutrients to give them that head start in the morning,” Webster said.