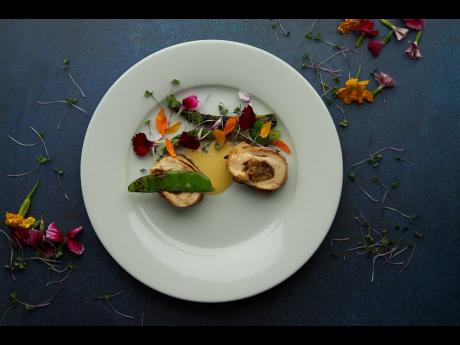 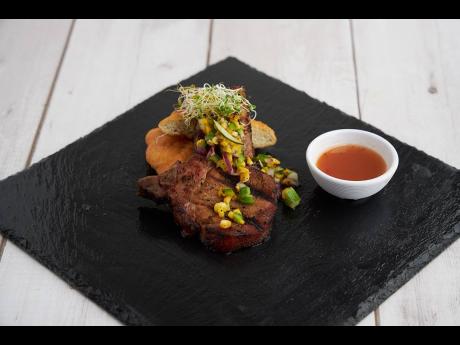 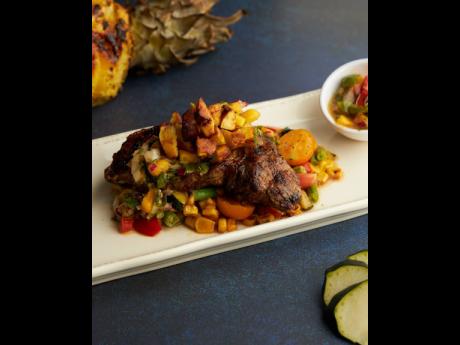 Neither the judge nor the jurors expected the level of heat that came with the first knock-out round of the Maggi Food Court competition. The defendants came armed and dangerous to build their cases, show why they should be considered for the coveted title of Maggi Food Court Competition Champion, and claim the cash prize of US$10,000.

In the first round, on opposite sides of the food court, stood Trinidad-based Chef Rishi Ramoutar and Janoi Reid. Both men were taken in with years of experience in the culinary field and, of course, boasted about their unmatched creative talent.

Based on the evidence presented by witnesses on both sides and their backgrounds, it was obvious that it would have been a heated showdown. This was further cemented when Juror Brian Lumley and Juror Natasha De Boug had an exchange about just which Caribbean national would have the better sauce and would therefore be the grilling champion.

It was time, and the silence in the court was shattered by the forceful appearance of Judge Jeronimo Green. Quickly laying out the rules of the court and explaining the matter at hand, he retired to his chambers, leaving each defendant to prove their worth.

Having a wide array of ingredients at their disposal, the defendants were given 45 minutes to capture the sight and taste buds of the jurors.

A confident Ramoutar moved briskly to prepare what he dubbed a 'Trini midnight snack', which was stuffed chicken breasts, served with grilled vegetables.

Unbothered by his opponent's movement on the floor, Reid busied himself preparing his coffee-crusted pork chops, seasoned with Maggi Hot and Spicy Jerk sauce.

While watching the progression of the cases, Lumley decided to remove at least one valuable piece of evidence from the flavour profiles of the dishes, forcing the defendants to dig deeper. For Reid, he took a roasted pineapple which was essential for enhancing the flavour of the pork chops. He also snatched the Chardonnay spritz from Ramoutar, which was also supposed to add a little kick to his sauce.

As the case came to a close, both chefs were confident in their efforts. The jurors, however, favoured Ramoutar as his dish represented the Caribbean, but also checked the boxes of international standards. This victory secured his spot for the final round of the grilling challenge.

The culinary counsel was quite pleased with the proceedings and decided to call in Yannis Alexander, who represented Tasty Barn in St Lucia and Alecia Lee, who was the genius behind 5 Spiced Catering by Alecia in Jamaica.

Alexander shared that he was not new to heated situations and was in no way anxious about the impending battle. However, Lee was a little nervous, but was determined to beat her opponent simply because he seemed just a bit too confident.

The St Lucian was very quick to the draw and, in a matter of minutes, was very advanced with his kebabs. On the other side, Lee got busy prepping her Maggi Jerk Seasoning rubbed pork chops, served with fried bread and smokey-flavoured corn salsa.

Her dish was well received by the judges, who rendered her the winner over Alexander's Carnival Chicken Kebab.

The competition got sweeter for the final round, where Ramoutar and Lee competed in a sweet battle. With 25 minutes on the clock, both chefs were challenged to create a dessert using ingredients from the refrigerator and pantry.

Both contestants agreed that it was indeed a curve ball but shuffled to execute their mission.

The Trinidadian decided to use a childhood favourite, condensed milk, to create a creamy custard. To Juror Ockino Petrie's surprise, it was not cornmeal porridge and was quite pleasing.

Lee showed the perfect display of time management as she produced coconut waffles with a rosemary berry compote.

The jurors shared that both contestants had mastered the kitchen, but Ramoutar was chosen to move to the semi-finals.