Get out! - Woman who stayed in abusive relationship for more than 10 years encourages women to break loose 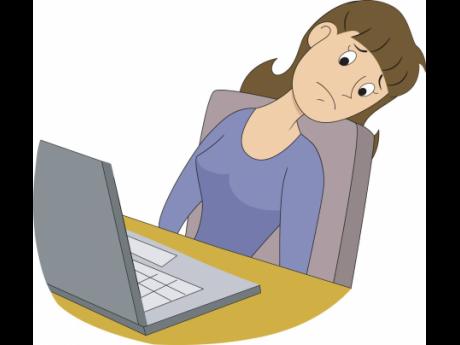 For more than 10 years, Andrea Ferguson* lived with her partner in an upscale community in Jamaica. She had everything to her comfort, and did not have to work to maintain her lavish lifestyle.

However, she was dying inside, and kept a well-guarded secret that no one could know about. She protected her husband, his career and, of course, she could not see herself living below her former standard.

Ferguson was her partner’s beating stick! For all the years they were together, he abused her physically, mentally and emotionally. Behind closed doors, her life was a living hell.

“I could tell no one. Many times, after one of our altercations, he threatened to kill me. It got so bad that he also held a gun to my head several times,” she said.

“I would cover the wounds and bruises with make-up, and those that I had to go to the doctor for, I had to lie about the cause of my injury,” she added.

On several occasions in the latter part of the relationship, she ran away and stayed with relatives and friends. But he always found her and begged her to come home. Nothing changed, and the abuse continued.

“For a few weeks after I came home, he would be nice and took such good care of me. But soon after, he went back to his terrible ways,” she said.

Secretly, Ferguson enrolled in an educational institution, and after two years graduated with an associate degree. She never attended her graduation, for fear that he would find out. Afterwards, she decided to enrol in an online course to further her studies.

“The house was very big and I used one of the rooms that wasn’t frequently visited and stored my books. I also had a password on my laptop at all times,” Ferguson said.

“I had to establish a separate bank account and put away some money to offset my expenses. I had to religiously check the mail to ensure he didn’t see any of the correspondence. It was nerve-wracking, to say the least,” Ferguson said.

When Ferguson graduated from her studies, she sought employment overseas. “I got a job, and told him I wanted a mini vacation. I left for the vacation, and I never came back. I literally disappeared! For years, no one, not even my family could find me. I had to take on a whole new identity,” she said.

After several years, she sought therapy to heal from the years of ordeal she encountered, and also to come out of hiding. “I missed my family so much, and being away from them was very difficult for me,” Ferguson said.

“It is because of the help that I received that I am able to share my story today. I know he tried to find me over the years, but, to be honest, it doesn’t matter anymore if he does, because I am now at a place where he can’t hurt me,” she said.

Women, she said, need to love themselves, and once they see the red flags, Get out! “It can be hard for some women to do, but get out! Some stay for the children, but at the end of the day, they end up hurting themselves even more. It’s not worth it,” she said.

The results of the first national survey on gender-based violence in Jamaica show a high prevalence rate of 27.8 per cent, with more than one in every four women in Jamaica experiencing intimate partner violence in their lifetime.

The Women’s Health Survey 2016 Jamaica indicated that in the absence of reliable data, it is not possible to adequately treat, reduce and prevent violence against women and girls. The survey, conducted by the Statistical Institute of Jamaica, under the technical and financial support of the UN Women and the Inter-American Development Bank through Phase III of the Government of Jamaica’s Citizen Security and Justice Programme, revealed important trends, such as a higher prevalence of physical and sexual violence experienced by women in urban areas than rural areas (6.2 per cent vs 5.4 per cent); and women who were 18 years or younger when they entered their first union, living together or married to a man, were twice as likely to experience severe violence as women who were older when they entered into a residential union with a man.

A 2017 report by the Ministry of Health indicated that nearly 15 per cent of all women in Jamaica, ages 15 to 49, who have ever married or partnered have experienced physical or sexual violence from a male partner in the previous 12 months.

Statistics from the Ministry’s 2017 Knowledge, Attitude, Belief and Practice report, which covers intimate partner violence, also indicated that the most prevalent violent acts experienced by women are: being pushed or shoved, 17.7 per cent; being slapped or having something thrown at them that could inflict harm, 16.8 per cent; and being hit with a fist or something that could cause harm, 15.6 per cent.

At least 3.7 per cent of the respondents reported being afraid of what their abuser would do if they refused to have sexual intercourse.