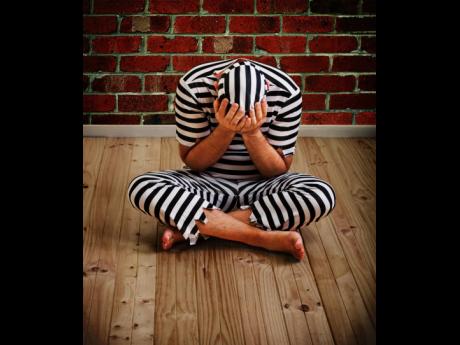 “You can sing!” I exclaimed. His voice, clear and melodious, rose succinctly above the heat of the midday sun that pelted us as we sat on the veranda. It’s never good to judge a book by its cover, and certainly the story of Roger Brown* will warm your heart. He spoke clearly and fluently, and had it not been for him wandering throughout the community, you would not have known that something was wrong. The 28-year-old was diagnosed with schizophrenia, a serious mental disorder in which people interpret reality abnormally.

Schizophrenia may result in some combination of hallucinations, delusions, and extremely disordered thinking and behaviour that impairs daily functioning, and can be disabling. People with schizophrenia require lifelong treatment; however, early treatment may help get symptoms under control before serious complications develop and may help improve the long-term outlook.

Brown grew up as a normal child, and as he recalled, he thoroughly enjoyed his childhood. He attended two prominent high schools in St Elizabeth and Manchester, and was an active track and field athlete. His eyes lit up as he reminisced on his days as a long-distance runner, and the many events that he participated in for his school.

However, after a series of unfortunate events, including being the victim of sexual abuse, Brown left his docile community to escape the torment of the ordeals that plagued his mind. He sought refuge with a relative in St Catherine, but was unable to live with the stigma surrounding his situation. Most, if not all, the times he wanted to be alone, trying to come to grips with everything that bothered him.

With those around him not fully understanding his mental state, and with him fast becoming an introvert, this led to constant conflicts between him and his immediate family. After his behaviour deteriorated significantly, he was taken to the health centre, where a psychiatrist diagnosed him with schizophrenia.

“I wanted to get the feelings out of my system. There were so many nights that I could not sleep. I was tormented and I felt tortured by what had happened to me. I could not process the feelings and it kept at me for years. No one seemed to understand what was happening to me. At one point, one of my relatives said it is possible that someone had worked obeah on me because I was a promising youth,” Brown said.

Schizophrenia involves a range of problems with thinking (cognition), behaviour and emotions. Signs and symptoms may vary, but usually involve delusions, hallucinations or disorganised speech, and reflect an impaired ability to function.

Left with little or no choice, Brown had to start taking care of himself. At first the medications he received made him quite ill; however, after the psychiatrist tried different treatments, over time, he became functional again.

He attained certification from the HEART Trust/NTA as a Level Two electrician, and was employed for a few years. However, with the onset of the coronavirus pandemic, Brown lost his job, and became homeless. With nowhere to sleep, take a bath or any access to food, he started walking in nearby communities to seek help. This did not resonate well with some community members, while others have tried to assist him. So far, Brown has resorted to menial labour, selling bottles and whatever else he can find to do to help himself.

“I am willing to work. I can go for my identification right now and show you that I am not crazy,” he said.

According to consultant psychiatrist and therapist, Professor Wendel Abel, most mental disorders are treatable, including schizophrenia. However each patient is different. Although being unable to comment on this specific case, Abel said that several factors influence a patient’s recovery, including adherence to medication and adequate support system.

“Many persons may end up homeless, due to their inability to gain employment, or worsening of the condition. However, vast majority of persons having schizophrenia are treated in their home environment and receive care through the public health system. Full functionality also varies, depending on access to medication, the patients support system and the severity of the illness,” Professor Abel said.

Abel, who is also professor of Mental Health Policy and head of the Department of Community Health and Psychiatry at The UWI, Mona campus, said there are facilities available for rehabilitation, including Open Arms in Kingston, and other privately operated facilities.

If you think someone you know may have symptoms of schizophrenia, talk to him or her about your concerns. Although you cannot force someone to seek professional help, you can offer encouragement and support and help your loved one find a qualified doctor or mental health professional. In some cases, emergency hospitalisation may be needed.