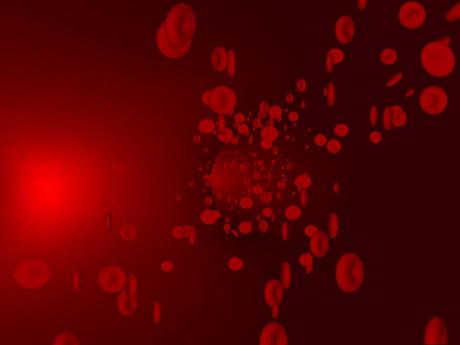 Living with sickle cell disease can be a challenge; however, people with sickle cell disease can live full lives and enjoy most of the activities that other people do. Given that the condition is hereditary, Terran Wright was diagnosed with the illness from birth. His diagnosis was not difficult for himself or his parents, as they had another child also diagnosed with the illness.

“Having a sibling with sickle cell anaemia helped me in my own management of the condition. Primarily, the fact that my parents and other siblings would have had the experience with her made it easier with my experience. It also provided validation for me as there was someone else I could relate to with a deeper level of understanding,” Wright said.

Over the years, Wright has lived a very productive and fulfilled life, with his most prevalent symptom being that of experiencing extreme pain. However, other symptoms include fatigue, general low energy, jaundice and vision problems.

“The painful crisis is the most immediate and challenging symptom that I have learnt to live with. The fatigue sometimes it’s not so easy as it requires reminding myself that there is a physical limitation that causes this, which I have to accept and work within the boundaries. I have also been diagnosed as having an epiretinal membrane, which essentially reduces the sharpness of my vision and from time to time reduces my ability to read small texts,” Wright said.

Wright is able to manage his symptoms with a number of different measures, including being able to understand and accepting the condition and all that comes with it. With his acceptance of the illness, he is able to focus on what exists and act accordingly.

“By accepting the realities of the condition, I have been able to understand the parameters by which I act. In addition, I have developed a heightened level of awareness of my mind and body to be able to abide by the parameters. Rest, hydration and diet are primary, and when the need arises there is medicine. Learning to do things in moderation is a constant throughout my life,” Wright said.

Growing up, Wright said he was never made to feel any less of a person for having sickle cell anaemia. “I am not defined by sickle cell disease; however, being afflicted with the condition has contributed to who I am. I credit my ability to remain calm in stressful situations because I have to control my stress levels to mitigate the onset of painful crises. I have also had to learn to rely on my mental muscles, given that the condition results in certain physical limitations,” he said.

The deficiencies in the red blood cells affect persons afflicted with the disease in a number of ways, with the most notable being painful crises which occur when the sickled red blood cells clump together and restrict the flow of blood to areas of the body, resulting in mild to severe pain.

“Fortunately, support has never been an issue for me. My parents had made a decision that my mother would be a stay-home mom while my father would be the primary breadwinner. With that structure in place, I was able to benefit from the care of a mother always being there to take care of dietary issues and also keenly attentive to any issues as they came up and provide the necessary guidance,” Wright said.