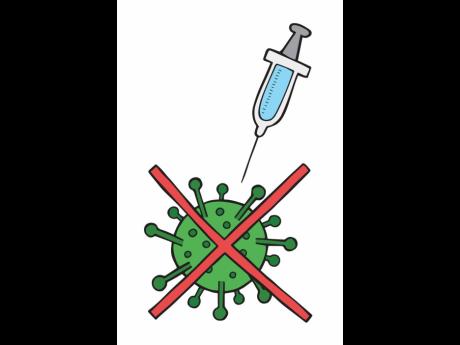 Two years ago, a sneeze or a cough wouldn’t have been cause for concern, but now even the mildest of symptoms can leave us wondering, “Do I have COVID?”

Early in the pandemic, we learned about the hallmark signs of infection, which can include loss of taste and smell, fever, cough, shortness of breath, and fatigue. But what about now, more than a year later? Have symptoms changed, given that the Delta variant is currently the most common form of the virus in the United States?

There is little data on this question and much left to untangle.

Unvaccinated patients make up the vast majority of those hospitalised with COVID-19, so they may be more likely to develop severe symptoms, like trouble breathing, or persistent pain or pressure in the chest. In areas with lower vaccination rates, like Louisiana, Texas and Arkansas, unvaccinated children and young adults are being sent to the hospital in larger numbers than they were at other points during the pandemic. Researchers do not yet know for sure whether Delta alone is responsible for these severe symptoms or if it is the surge in childhood infections, which can result in more hospitalisations.

The Delta variant is nearly twice as contagious as prior variants and just as contagious as chickenpox. It replicates rapidly in the body, and people carry large amounts of the virus in their nose and throat.

Dr Andrew T. Chan, an epidemiologist and physician at Massachusetts General Hospital and one of the lead investigators of the Covid Symptom Study, has been tracking millions of people from Britain, the United States and Sweden via an app that asks participants to monitor their symptoms. A preprint using data from the study that has not yet been published in a peer-reviewed journal, suggests that those who are vaccinated are well protected against Delta. Breakthrough infections, while rare, tend to produce milder symptoms that are of shorter duration.

What we know: The variant is spreading rapidly worldwide and fueling new outbreaks in the US, mainly among the unvaccinated. Here’s what scientists understand about it so far.

Guidance for the vaccinated: The rise of the Delta variant of the coronavirus has raised new questions about how the vaccinated can stay safe and avoid breakthrough infections. We asked the experts for advice.

Who is being hospitalised: People with compromised immune systems and the unvaccinated make up a high percentage of patients who end up in the hospital in NYC.

Delta variant map: The patchwork nature of the coronavirus vaccination campaign in the United States has left people in many parts of the country still vulnerable to the virus and the fast-spreading Delta.

Delta and schools: Classrooms are opening their doors to a different pandemic. Here is how to think about risk.

At this point, nearly 90 per cent of the adult population in Britain has received at least one dose of the vaccine. In the United States, 71 per cent of adults are partially vaccinated.

Among vaccinated adults, “the symptoms we are seeing now are much more commonly identified with the common cold,” Dr Chan said. “We are still seeing people presenting with a cough, but we are also seeing a higher prevalence of things like runny nose and sneezing.” Headaches and sore throat are other top complaints, he added. Fever and loss of taste and smell are being reported to a lesser degree.

Dr Chan said the researchers started to see milder reported symptoms around the time the Delta variant became prevalent in Britain, starting in the late spring, which also coincided with the country’s mass vaccination programme.

Paediatricians in New York City, where 67 per cent of adults are fully vaccinated, say they are seeing many of the same symptoms in children that they have seen since the start of the pandemic, and that the more severe cases tend to be among unvaccinated adolescents, especially those with underlying conditions like diabetes or obesity. Some toddlers or school-age children can get very ill from COVID too, but doctors don’t always know why one kid gets much sicker than another, said Dr Sallie Permar, paediatrician-in-chief at NewYork-Presbyterian/Weill Cornell Medical Centre.