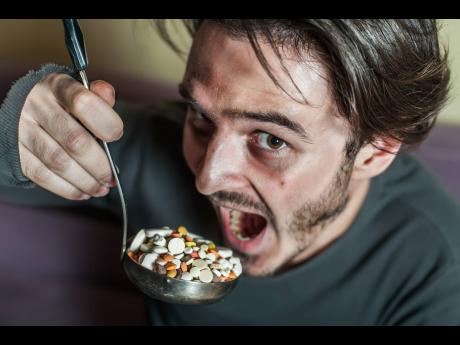 International Overdose Awareness Day, which is observed on August 31, is the world’s largest annual campaign to end overdose, remember without stigma those who have died, and acknowledge the grief of the family and friends left behind.

The campaign raises awareness of overdose, which is one of the world’s worst public-health crises, and stimulates action and discussion about evidence-based overdose prevention and drug policy.

The campaign acknowledges the profound grief felt by families and friends whose loved ones have died or suffered permanent injury from a drug overdose, and spreads the message about the tragedy of drug-overdose death and that drug overdose is preventable.

Drug overdoses can be accidental or intentional. They occur when a person takes more than the medically recommended dose. However, some people may be more sensitive to certain medications, so the low (more dangerous) end of a drug may be toxic for them; a dose that is still within the range of acceptable medical use may be too much for their bodies to handle.

Illicit drugs, used to get high, may be taken in overdose amounts when a person’s metabolism cannot detoxify the drug fast enough to avoid unintended side effects.

Exposure to chemicals, plants, and other toxic substances that can cause harm are called poisonings. The higher the dose or the longer the exposure, the worse the poisoning. Two examples are carbon monoxide poisoning and mushroom poisoning.

According to the most recent World Drug Report, an estimated 585,000 people died as a result of drug use in 2017. Opioids account for the majority of drug-related deaths, and in most cases such deaths are avoidable.

Drugs have effects on the entire body. Generally, in an overdose, the effects of the drug may be a heightened level of the therapeutic effects seen with regular use. In overdose, side effects become more pronounced, and other effects can take place, which would not occur with normal use.

• Some overdoses may worsen a person’s chronic disease. For example, an asthma attack or chest pains may be triggered.

• Sleepiness, confusion, and coma (when someone cannot be aroused) are common and can be dangerous if the person breathes vomit into the lungs (aspirated).

• Skin can be cool and sweaty, or hot and dry.

• Chest pain is possible and can be caused by heart or lung damage. Shortness of breath may occur. Breathing may get rapid, slow, deep, or shallow.

• Abdominal pain, nausea, vomiting, and diarrhoea are possible. Vomiting blood, or blood in bowel movements, can be life-threatening.

• Specific drugs can damage specific organs, depending on the drug.

WHEN TO SEEK MEDICAL CARE

Your doctor, or the emergency department of your local hospital may be able to help determine the seriousness of a suspected drug overdose. Development of any symptoms after drug overdose requires immediate and accurate information about the specific name of the drug, the amount of the drug ingested, and the time when the drug was taken. Often, the bottle the drug came in will have the information needed.

Take appropriate caution when dealing with drug overdose. Each person responds differently, and reactions are hard to predict. Many people who are directed to go to the emergency department may not develop any physical signs of poisoning. Others will become quite ill.

Anyone who is with a person who overdoses on drugs can assist by finding all medication or chemical containers and bringing them to the emergency department doctor.