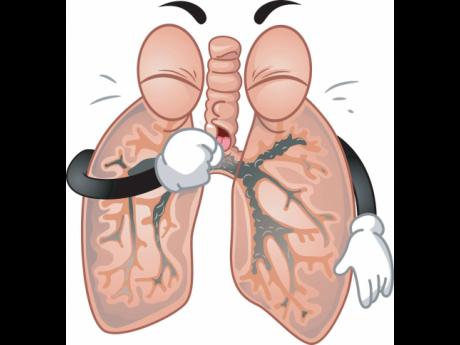 WORLD CHRONIC Obstructive Pulmonary Day (COPD) is organised by the Global Initiative for Chronic Obstructive Lung Disease (GOLD) in collaboration with healthcare professionals and COPD patient groups throughout the world. Its aim is to raise awareness, share knowledge, and discuss ways to reduce the burden of COPD worldwide.

World COPD Day activities are organised in each country by healthcare professionals, educators, and members of the public who want to help make an impact locally and worldwide.

The first World COPD Day was held in 2002. Each year organisers in more than 50 countries have carried out activities, making the day one of the world’s most important COPD awareness and education events.

The 2021 theme for World COPD Day will be ‘Healthy Lungs – Never More Important’ and takes place on November 17. This year’s aim is to highlight that the burden of COPD remains, in spite of the ongoing global COVID-19 pandemic.

Even in light of COVID-19, COPD remains a leading cause of death worldwide and there is never a more important time to focus on lung health. Keeping your lungs healthy can include avoiding cigarettes, air pollution or occupational exposures, as well as staying active either through regular physical activity or pulmonary rehab. In addition, receiving important vaccines, keeping medical appointments and taking medications correctly can help keep your lungs healthy.

The Global Burden of Disease study shows that COPD is the third leading cause of death, claiming an estimated three million lives from 2005 to 2015, with a prevalence of 251 million cases of COPD globally during this time period.

Although most information about COPD deaths comes from high-income countries, 90 per cent of COPD deaths occur in low- and middle-income countries. COPD represents 2.6 per cent of the entire global burden of disease, and it is a growing global epidemic, as people suffer as a result of under-recognition, under-diagnosis, and under-treatment.

COPD costs six per cent of the total healthcare budget in the European Union, and it accounts for more than half of the overall costs for respiratory diseases.

COPD symptoms often do not appear until significant lung damage has occurred, and they usually worsen over time, particularly if smoking exposure continues. Signs and symptoms of COPD may include:

• A chronic cough that may produce mucus (sputum) that may be clear, white, yellow or greenish;

• Swelling in ankles, feet or legs.

People with COPD are also likely to experience episodes called exacerbations, during which their symptoms become worse than the usual day-to-day variation and persist for at least several days.

Talk to your doctor if your symptoms are not improving with treatment or getting worse, or if you notice symptoms of an infection, such as fever or a change in sputum.

Seek immediate medical care if you cannot catch your breath, if you experience severe blueness of your lips or fingernail beds or a rapid heartbeat, or if you feel foggy and have trouble concentrating.