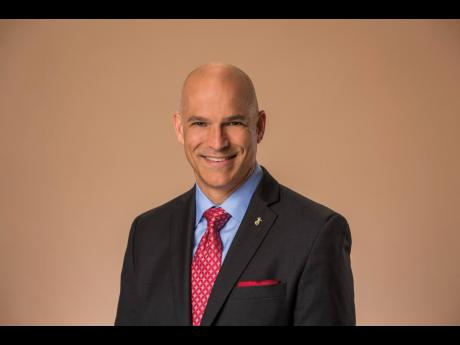 Vulvar cancer is a type of cancer that occurs on the outer surface area of the female genitalia. The vulva is the area of skin that surrounds the urethra and vagina, including the clitoris and labia. Vulvar cancer commonly forms as a lump or sore on the vulva that often causes itching.

Though it can occur at any age, vulvar cancer is most commonly diagnosed in older adults. Symptoms depend on whether it is a cancer or precancer, and what kind of vulvar cancer it is.

Most women with vulvar cancer have no symptoms at all. When a woman does have a symptom, it is most often itching that does not go away or get better.

An area of the vulvar may look different from normal vulvar skin. It is often thicker and lighter than the normal skin around it, and can also appear red, pink, or darker than the surrounding skin. At times, these changes are often caused by other conditions that are not precancerous; most women do not realise that they might have a serious condition.

Other most common symptoms include bleeding or discharge not related to menstruation; severe burning, itching or pain; an open sore that lasts for more than a month; the skin of the vulva looks white and feels rough; and painful sexual intercourse.

According to Dr Troy Gatcliffe, gynaecologic oncologist at the Miami Cancer Institute, while presenting on ‘Advances in Vulvar Cancer Treatment’ at the Dr Jospeh St Elmo Hall Memorial Lecture in the United States of America , hosted by the Jamaica Cancer Society, there are approximately 6,330 new cases and 1,560 deaths each year.

“Women in the United States have a 0.3 per cent lifetime risk of being diagnosed. The average diagnosis in the United States is 68 years. Risk factors include vulvar or cervical intraepithelial neoplasia, a prior history of cervical cancer, cigarette smoking, vulvar lichen sclerosus, immunodeficiency syndromes, and Northern European ancestry,” Dr Gatcliffe said.

Most patients, he said, are asymptomatic at the time of diagnosis, but some patients present with pruritus or bleeding. “Most patients present with a unifocal vulvar plaque, ulcer, mass; fleshy, nodular, or warty on the labia majora. The labia minora, perineum, clitoris, and mons are less frequently involved. Lesions are multifocal in five per cent of cases, thus, all vulvar and perianal skin surfaces, as well as the cervix and vagina, should be evaluated,” Dr Gatcliffe said.

Specific treatment for vulvar cancer will be determined by your doctor, based on your overall health and medical history, extent of the disease, your tolerance for specific medications, procedures or therapies, and expectations for the course of the disease.

Some try to treat the problem themselves with over-the-counter remedies, and sometimes doctors might not even recognise the condition at first.

“The staging system for vulvar cancer is a hybrid of clinical and surgical approach first introduced in 2009, with the current version published in 2017. The shift was made from solely clinical staging, because clinical staging may miss up to 24 per cent of microscopic nodal metastases. The combined system was implemented because lymph node metastases are the most important prognostic factor for vulvar cancer,” Dr Gatcliffe said.

It is very important that your particular findings be put into context by an expert. Gynaecologic oncologists are subspecialists with advanced training in the diagnosis, treatment and surveillance of female cancers, including vulvar cancer.

Measures that can reduce the risk of developing vulvar cancer include practising safe sex, attending scheduled cervical Pap smear tests, having the HPV vaccination, and not smoking. There is no standard screening for vulvar cancer, but women should carry out check-ups as their doctor recommends, and be aware of any changes to their body. The outlook is better with early diagnosis.

WHAT YOU NEED TO KNOW

•Vulvar cancer is very rare, accounting for 0.6 per cent of all cancers in women.

•In the US, close to 5,000 women are diagnosed with vulvar cancer each year.

•The HPV vaccine can prevent the strains of HPV responsible for most cervical, vaginal and vulvar cancers.

•Risk factors that may increase a woman’s chances of developing vulvar cancer include age, infection with certain types of HPV, smoking, and HIV infection.

•Symptoms of vulvar cancer include severe itching, burning and pain on the vulva.