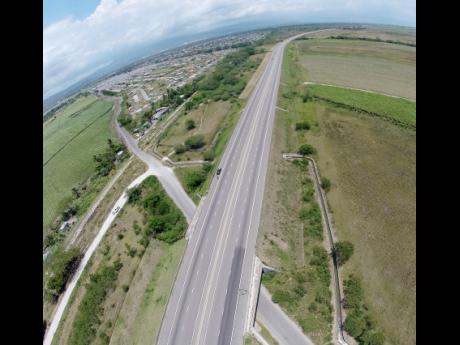 File
An aerial view of a section of Highway 2000 in St Catherine taken by The Gleaner's drone. The Mandela Highway to May Pen leg of Highway 2000 is being renamed 'The P.J Patterson Highway'. 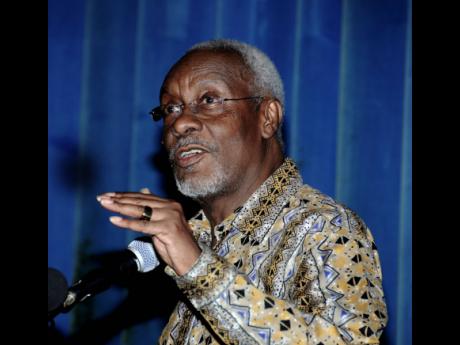 Talk about a great week.

After turning the big 8-0 on April 10 (and throwing a fine bash to celebrate it), former Prime Minister PJ Patterson will today be honoured when the Mandela Highway to May Pen leg of Highway 2000 is renamed in his honour. The man playfully known as 'the Fresh Prince' after he became Prime Minister in the early 1990s has a place in Jamaica's history that is about as solid as the highway's surface. Patterson remains Jamaica's longest-serving PM (1992 to 2006) and in fairness, the highway was on the Millennium Projects undertaken by his administration in the late 1990s.

Residents who traverse the highway and who live in close proximity to it weighed in on the decision. Sharon Fothergill of Church Pen, believes it's the right thing to do.

"Naming the Highway 2000 is no problem because Mr Patterson has worked very hard for our country," she said. "The highway is okay so far. I've travelled on it a few times and I have no problem." She noted that sometimes bush fires around the highway can cause accidents and affect health, but otherwise, there have been more benefits than downsides to its construction.

For a man who always vowed to carry Jamaica forward figuratively, it is perhaps appropriate to name something that carries people literally in his honour. Say what you want about the Patterson-led administrations, one cannot deny Highway 2000 has made a difference in travel time from Kingston to Clarendon, Manchester and beyond and vice versa. Beverly Myers resides in the Belmont Park community that sits to the left of the highway if you're driving from Kingston or Portmore. She believes that Patterson's track record is reason enough.

"He was Prime Minister for many years and when the conception for the plan to have Highway 2000 he was then in office also," she said. That doesn't mean she's totally happy with the road though.

"I think it's good, but the Kingston leg is too expensive," she said. "And like every July, they raising it (toll). That's not a good idea. People would love to take it. So I think if they lower the rates, it would be better."

Despite Patterson's credentials though, Glenmore Dobson wasn't sold on renaming the highway after the former head of Government. He said he would agree if they wanted to name something else like a park or a school.

"But in terms of just naming the highway, I'm not somehow pulled to that," he said. Dobson is a businessman whose establishment is about 10 minutes drive from the Old Harbour exit of Highway 2000. He acknowledged the argument that Patterson was Government leader at the time.

"It's not that it cannot be named after him I think it just serves a better value, giving a name to something that is a little more...'," he said. "But a highway? PJ Patterson Highway? It doesn't have a nice ring to it either."

A few persons even thought, maybe, the Government could have used the name of someone who hails from the parish of St Catherine. They didn't want to be identified, afraid people might take offence. But they suggested that possible names could have included former Prime Minister Bruce Golding or even Member of Parliament for South West St Catherine Everald Warmington. But for others, such a move would have bordered on madness.

"He (Patterson) was the one who came up with the idea, so how it must name after somebody else?" asked Shauna Lee. The cheerful vendor was reflecting on the impending renaming from her stall just outside the gates of Old Harbour High School. She acknowledged that there were probably others who could have been bestowed with the honour.

"Yuh always going to have different people saying different things," she reasoned. "Everybody has their own feelings and opinions. But he was a good Prime Minister and that highway should be named after him. When you go abroad highways are named after people so why not here?"