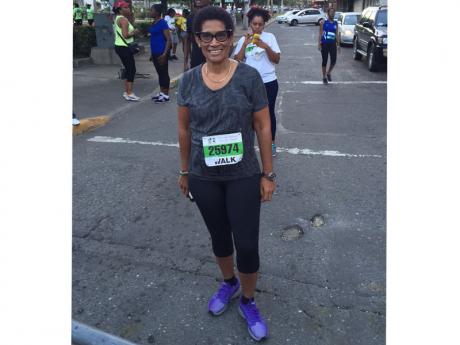 Pat Wright: I try to eat well and properly and I don’t eat any form of processed food. I also do all the walks I hear about. 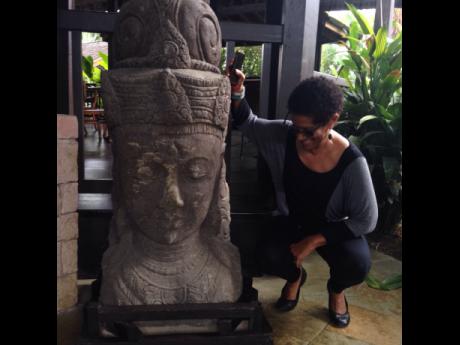 Wright: In 2011, gave herself another five "good" years on earth, stating that anything more would have been "brawta".
1
2

In 2011, Pat Wright made the headlines as the wonder woman who had beaten cancer four times: colon cancer twice, bone cancer once and breast cancer once.

She had just done a double mastectomy even though the cancer was detected in one breast.

But two years later, the wonder woman had a fifth battle, this time with breast cancer again.

“My Doctors told me in 2013, that I am the only five-time cancer survivor in the Western Hemisphere,” Wright said with a laugh.

“You have people who have survived the same cancer five times but my own is a new cancer every time, so it’s not like it metastasised - it’s not a spread, it’s not like my colon cancer spread to my breast, each time it was a brand new boy,” Wright said.

According to her, when she had her fourth battle with cancer in 2011, she did a double mastectomy (removing tissues from both breasts) out of fear that  the cancer would spread to the other breast.

“I had implants in my breasts and there came a little lump on top of the implant. So doctors felt like they missed some cells in 2011 when they took off my breasts and it [ the cancer] worked its way up to the surface.”

In spite of her last diagnosis that some would call misfortune, wonder woman Wright has only taken the positives out of her situation. She said her diagnosis also dispelled a popular myth about female breast cancer survivors.

“The doctors were very happy because they said it convinced them that it’s a myth that if you have had cancer and you put in implants, you can’t know what is going on beneath those implants,” Wright said.

Wright, who is now 62 years old, is the spa director at Sunset Beach  Resort and Spa group of hotels. She also owns a linen clothing line called Wright Style.

She has not had a cancer onset since 2013 and speaks bravely about her cancer battles, delivering vivacious laughter and chuckles throughout her interview with The Gleaner.

For her, each battle gave her a reason to fight, believe and live. It’s been 38 years since she had her first diagnosis at the age of 24, yet she is proud to say she has always lived a normal life.

“I’ve always had normal life. We never ever sit and take couple years off, we always keep going at work because at least it makes you know that you are alive,” Wright said.  She admitted however, that removing both breasts in 2011 was hard for her.

“I had gorgeous breasts when I was younger, so I really didn’t want to lose my breasts but you move on, you have life so you have to look at it that way,” said Wright between chuckles.

Wright said at that time, she gave herself another five good years on earth, stating that anything more would have been "brawta".

She is now near the end of those five years, and Wright says she is looking forward to another five.

But for however long she remains alive, she is leading a healthy lifestyle and inspiring others to do the same through her blog 'cancersurvivorx2'.

“The first thing you have to do is eat properly, it’s hard yes and we are bombarded by processed foods but we have to build up our immune systems because we fight with our immune systems. I used to eat radical, 100 per cent raw foods. I don’t do that anymore but I try to eat well and properly and I don’t eat any form of processed food. I also do all the walks I hear about,” Wright said.

myReport Assignment: Send us your photos, videos and stories. www.jamaica-gleaner.com/myReport ... See it, snap it, share it!