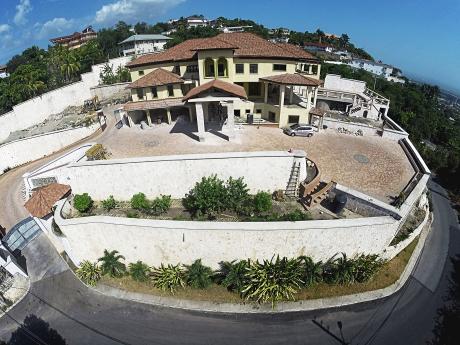 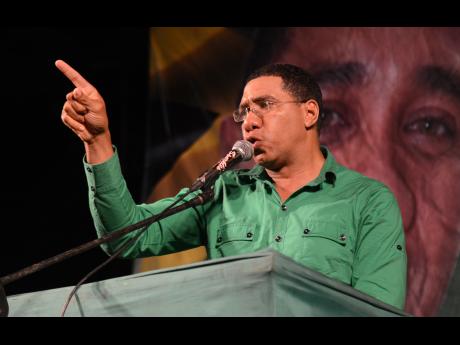 Recently the People's National Party (PNP), namely the minister of finance, has politicised my personal affairs.

As a public figure, I have a duty to ensure that my affairs meet legal and ethical standards, recognising as well that we are now in an election campaign where there is a concerted effort by the PNP to distract from the plans that the Jamaica Labour Party has put forward in our 10-Point Plan for the benefit and prosperity of the people of Jamaica.

I will answer these questions but, first, for the sake of completeness and transparency, we, too, have questions to ask Dr Phillips and the PNP:

1. Dr Phillips, as a parliamentarian earning practically the same salary as the leader of the Opposition, how did you afford the house you currently live in, which is valued at multiple times your salary?

2. Were you a part of the Cabinet of Jamaica which created FINSAC, and which took away the property of many hardworking Jamaicans and decimated the entrepreneurial class?

3. If the answer to question two is yes, did you acquire any of the properties taken over by FINSAC, or benefit in anyway whatsoever?

4. Did members of the Cabinet that created FINSAC acquire properties taken over by FINSAC?

5. Does the answer to questions two, three and four explain your unwillingness to complete and release the FINSAC report?

6. Do you own or have a beneficial interest in a house in Beverly Hills?

7. Are there members of the Cabinet who have offshore companies?

8. Will you declare any assets you have overseas?

9. Will the officers of the PNP, including yourself, testify and come clean about Trafigura?

The above questions are pertinent to the electorate, particularly those relating to FINSAC. Those who lost their properties because of government policy have a right to know if their ministers of government benefited from their loss.

Now, I will take the opportunity to dispose of the smear campaign and innuendoes of illicit funding initiated by the PNP.

Upon becoming a minister and also having regard to the fact that I had a young family, I took legal and accounting advice as to how I should structure my personal affairs.

Consequent on that advice, I incorporated an international business company in St Lucia.

This course of action is common practice, particularly for estate planning purposes. The name of the company, ADMAT, is a combination of the names of my two sons, Adam and Matthew.

I am the sole director of the company and the company has three shareholders being my sons and myself.

The company was registered in 2008 and declared to the Integrity Commission that year.

Everything I own is physically in Jamaica.

In late 2010, I started negotiations to purchase a piece of land to construct my family home.

In January 2011, I made the first of four payments on the land.

Payments were completed in August 2011.

The title was transferred in July 2011. At the time of signing, I did not write any statement saying, "signed while on a visit to Jamaica".

Funds from my accounts at JMMB and Stocks & Securities were used to finance the purchase of the property.

In September 2012, we began preparation of the site for construction, which involved excavation of boulders and fragmentation of rocks.

The resulting stones from this process were used to construct retaining, facing and boundary walls. This initial phase was financed from my savings, salary and suppliers' credit of approximately J$3.8 million.

The second phase was the actual erection of the structure. This happened during 2013 at a cost of approximately J$35 million, which was financed by a J$10-million home improvement loan from Scotiabank, a J$3-million mortgage from Jamaica National, and suppliers' credit of approximately $15.6 million. My wife, being a real-estate developer, has established credit lines for the supply of construction and building material and equipment rental. The suppliers' credit came from this source.

In 2014, we completed all major construction and in that year, spent approximately J$9 million financed by salary, savings and suppliers' credit.

In 2015, there was no significant construction activity, as the project was substantially complete.

To date, the total cost of land preparation, construction and landscaping is approximately J$52 million spent over a period of four years, financed by savings, salary, bank loans and suppliers' credit.

Currently, I am servicing debt repayments to the banks and to suppliers.

All of this has been declared in my annual integrity reports, which have been filed within the statutory time frame.

So, in the interest of transparency and integrity in public life, I have

disclosed an unprecedented amount of personal financial affairs. Furthermore, our government will be committed to transparency. In the coming days, we will be publishing the Jamaica Labour Party's plan to address corruption.

I have now met the demands of the People's National Party. I look forward to debating Portia Simpson Miller soon.