We'll be turned into beggars! Principals lament the removal of auxiliary fees 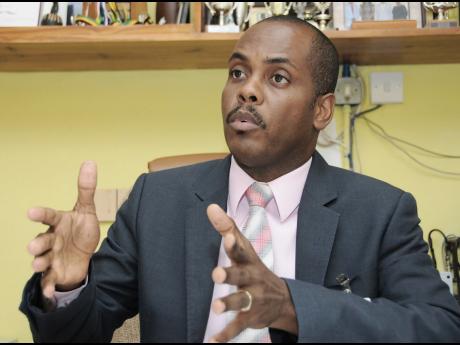 "We'll be turned into beggars!" is the cry of two local high school principals following the announcement last week that the Government will ban schools from charging auxiliary fees and, instead, increase the subvention per student to schools.

According to Keven Jones, principal of Mona High in St Andrew, the increased amount will not be sufficient to operate his school and a number of problems could develop with the removal of the auxiliary fees.

He added: "If the Government sticks to its guns and say, 'Listen, no auxiliary fees. We will give you the $19,000', you just have to work miracles with that. The only thing we can actually do is go hat in hand as principals to our dear parents," said Jones, who took up the position at Mona in 2014.

Typically, schools use the auxiliary fees to fund some of their activities, which range from sports to social development and even academic programmes. However, parents complain every year that the fees are too high.

Patricia Bailey, principal of Yallahs High in St Thomas, supported Jones' views. She said her school charges approximately $3,000 in auxiliary fees, which, according to her, are paid by less than 50 per cent of the parents annually. Even with that, she insists that the Government will not be able to fill the gap and schools should be allowed some autonomy in meeting their expenses.

"Once you get something free, they don't respect it. If parents have a hand in it, they will treat it better," she told The Gleaner. She, too, declared that schools will become begging institutions if they are to provide a fulsome programme to their students.

It's estimated that it will cost the Government between $1 and $4 billion to fund the removal. Because the school year and the fiscal year operate differently, Education Minister Ruel Reid has said that some money will be allocated to fund the two terms which fall in the

2016-2017 financial year, with the rest to come possibly next year April. In the meantime, Reid said the Government would be consulting with worried school administrators.

The parliamentary Opposition has questioned the sustainability of the move.

The Jamaica Teachers' Association and the National Parent-Teacher Association have also expressed concerns about the issue.