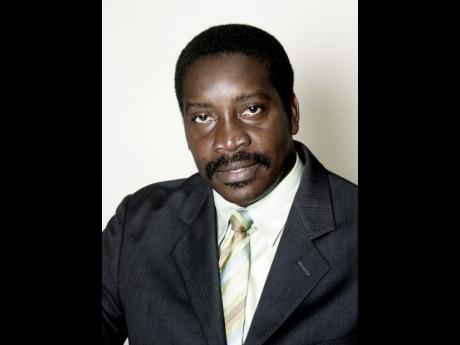 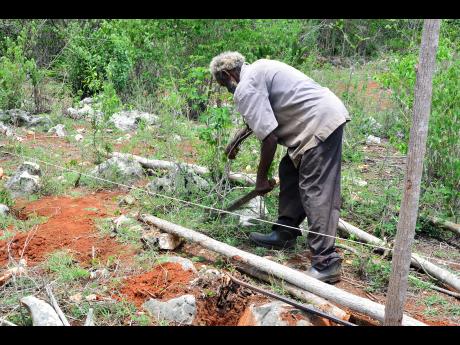 Patrick Planter
An elderly man marking out a lot in what seems poised to be the newest squatter community in the island, near Old Harbour Glades in St Catherine.
1
2

Hundreds of Jamaicans living in squatter communities across the island will be forced to pack up and move if Minister of National Security Robert Montague has his way. According to Montague, destroying squatter settlements will form a part of his recently announced five-pillar crime strategy.

He said in addition to straining social services, squatter communities are among the major contributors to crime and violence in Jamaica.

The security minister said these communities must be reviewed as part of the Government's efforts to prevent crime through social development.

"You have a piece of land that ideally 50 persons should live on it but you find 300 people living on it. That now puts pressure on the social services, which were not designed to accommodate those kinds of pressures," said Montague as he argued that there is also a dearth of regularised utility and sanitary services in these communities.

"This administration is willing to (display) that political will. We are a one-seat Government; we have to do things differently," declared Montague.

But Dr Carol Archer, associate professor in the Faculty of Built Environment at the University of Technology, has warned Montague that his plan to remove squatters is easier to conceptualise than implement.

"Informal communities do not mean squatting. You have communities that are quite formal but the basic urban resources are missing. When you make these policy prescriptions, you may end up putting it in the wrong areas," said Archer.

She argued that in some communities, persons might own the land but suffer from an absence of social services such as street lights, which contribute to crime.

"And moving the squatters is extremely difficult. Where are you going to move them to? You are talking about communities that have established livelihood for years, over generations. You are talking about families, children, they must be relocated to areas where they have better services," added Archer.

But Christopher Whyms-Stone, past president of the Jamaica Institute of Architecture, does not believe that moving the squatters will be so problematic.

"People always approach the situation as if it is a difficult thing and, therefore, nothing happens, which is why there is squatting," said Whyms-Stone as he declared that there are appropriate laws governing the removal of such offenders.

He argued that the loss of some votes in some politically aligned squatter communities cannot be seen as an obstacle to improving national security or national development.