We have to get it right – CLA 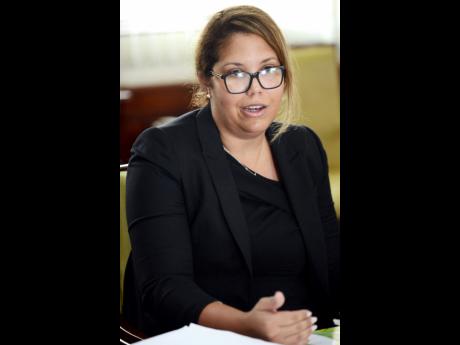 The Cannabis Licensing Authority (CLA) is dismissing concerns about the rigidity of its licensing regime, stressing that it cannot afford to get it wrong as the health of the nation could be put at risk.

Cindy Lightbourne, executive director of the agency, argued that any mistake or loophole could result in Jamaica facing significant backlash from critical partners locally and overseas.

"At this point in time, my primary concern is that the health of the nation is not put at risk. And I'm talking from the perspective of banking, industry, our reputation worldwide," she stated at a Gleaner Editors' Forum at the media house's Kingston office recently.

"The (regulated industry) is much bigger than planting weed in a field. Let's just get it straight. It is whether or not you go to foreign, your visa is affected or you get on the plane."

Changes to the Dangerous Drugs Act in 2015 mandated the establishment of the CLA to issue licences, permits and authorisations for the handling of marijuana for medical, therapeutic or scientific purposes.

To do that, the agency has implemented very strict requirements surrounding the issuance of licences and monitoring to ensure compliance among participants in the industry.

The CLA head told The Gleaner that its oversight role is very critical to maintain the legitimacy of Jamaica's efforts.

"They (requirements) are necessary in order to be able to prove to the international community that we can separate the illicit from the licit trade," said Lightbourne.

Applications for licences will see prospective players subjected to extensive background checks. If successful, there will also, among other things, be ongoing field monitoring and tracking of the product until it is sold.

Lightbourne said the length of the background checks makes it difficult to determine exactly how long it will take for a final decision on applications after submission.