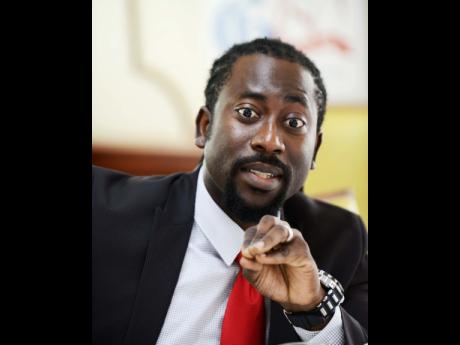 The Caribbean Community (CARICOM) should take a more "proactive diplomatic interest" in Haiti, Dr Jermaine McCalpin, lecturer in transitional justice and political integration at the University of the West Indies (UWI), has said.

The CARICOM Secretariat has said that when political leaders of the region meet in Guyana next week for a summit, they will "revisit the long-standing, unresolved matter" of the plight of persons with Haitian descent rendered stateless in the Dominican Republic.

However, McCalpin says the political instability in Haiti, the first colony with African slaves in the Western Hemisphere to gain Independence, must be given priority at the heads of government conference.

"There's a lot of political uncertainty, (and) I think it needs to be tabled as a significant part of the heads of government meeting in terms of how to address this as part of a regional security and a political stability problem for the region," he said.

The associate director of the Centre for Caribbean Thought, who recently participated in the Caribbean Studies Association conference held in Haiti, says from his own assessment, "There's not a clear activist-oriented presence from CARICOM (in Haiti). It has been primarily a little more hands-off than I would have anticipated."

McCalpin argued that the United Nations, the United States, along with the Organization of America States, were more involved politically with Haiti than CARICOM. Noting that Haiti was a full member of CARICOM, McCalpin asked whether "this would have been our approach to dealing with this crisis" had it been another CARICOM country.

McCalpin is supported by Dr Clinton Hutton, UWI political philosophy and culture lecturer, who told The Gleaner that "Haiti needs to be more central in the operations and in the philosophy of CARICOM. We owe Haiti!"

Clinton argued that any approach to helping Haiti, however, must understand that Haiti's development problems run the length of their more than 200 years of Independence.

"Haiti's development problems stem from the fact that they dared to be free, for which they had to pay reparation (to France). It has had a serious division along not just class, but colour lines," he said, pointing to the decades of political and economic turmoil that have affected the country's prosperity.

CARICOM, Hutton said, needed to respond by "involving Haiti more in its own organisations, opening up Haiti to its own institutions, including institutions like universities. There are serious problems with their education system that we could do a lot to help".

The 15-member regional bloc is also being called upon to examine how it can change the 'occupation' of Haiti, which Hutton says has resulted from the devastating earthquake in 2010.

Haiti was readmitted to CARICOM in 2006 as a full participating member following a two-year suspension over issues surrounding how the presidency of Jean Bertrand Aristide ended and the instalment of a new administration.

The latest crisis hitting Haiti involves the delays in the completion of a presidential election, which has resulted in several demonstrations by Haitians.

A nine-member Provisional Electoral Council has said it was pursuing an election timetable for presidential elections on October 9 to be contested by approximately 54 candidates.