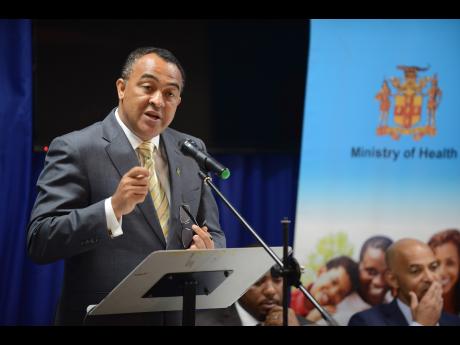 The Jamaican Government says it is trying to determine whether it can find US$800,000 (J$101 million) to do specialised Zika testing of pregnant women.

Zika, a mosquito-borne virus, is linked by international scientists to microcephaly - a condition in which babies are born with abnormally small heads.

"Through working with the Pan American Health Organisation (PAHO), we have trained staff and established the capacity to do the ELISA testing," he said.

The testing, he said, will tell "whether pregnant women ever had Zika virus (and) whether they are having Zika".

Tufton explained to the House that the specialised testing would give the authorities "more flexibility" to diagnose the Zika virus.

However, Tufton is concerned about whether the money can be found, especially given Jamaica's struggling economic situation.

Meanwhile, Campbell continued his pro-abortion campaign, urging the Government to consider making abortion services available to women who determine they do not want to give birth to babies suffering from microcephaly.

Tufton said until the law which criminalises abortion changes, the Government could only support affected mothers.

Jamaica has 44 laboratory-confirmed Zika cases. The health minister said as of July 18, his ministry received 3,746 notifications of the virus, of which 2,524 cases are classified as suspected.

Of the suspected cases, 231 are pregnant women. Seven have been confirmed with positive for Zika.