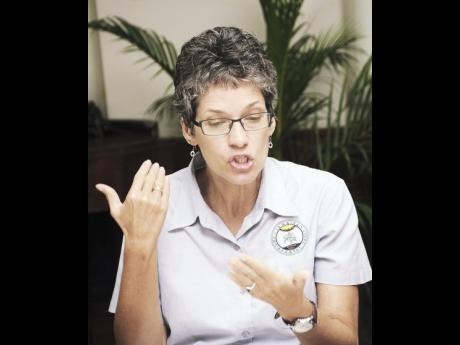 Some residents of Negril say many owners of hotels on the Norman Manley Boulevard, in the resort town, have contributed to the degradation of the beach by removing coastline vegetation, including seagrass meadows, making the areas vulnerable to erosion.

The comments came on Wednesday during a symposium staged by the Negril Chamber of Commerce at the Swept Away hotel in Negril, titled 'Building with Nature - Environmentally Sound Solutions to Beach Erosion', after CEO of the Jamaica Environment Trust (JET), Diana McCaulay, who was chairing the proceedings, issued a caution to offenders.

"The hotels who are removing the seagrass, tap it! Tap tek out di seagrass! Tap! Is not nasty, mucky tings. (It) is what give you beach," McCaulay stated.

Dalton Hill, operator of the Lighthouse Inn on Negril's West End, who identified himself as a born 'Negrilier', said he has observed over the decades a wanton disregard for the very important marine plant life by some hoteliers on the beach strip.

"It seems to me that for the last 40 years, it has been a free-for-all in this town. People do what they want to do, and if anybody says anything, it is a problem," he said.

"The seagrass that these hoteliers are removing is the biggest problem. They have to stop it. Hundreds of thousands of tonnes are being put across the street on a yearly basis, and if only they would understand that this is what the beach is all about. Because the grass deposits the sand when it comes in and the sea takes it back. All we have to do is learn not to interfere with nature an' nature will take care of itself," Hill argued.

Pauline Pringle, another resident who said she was in her 70s, also attributed the erosion to the actions of hoteliers who remove naturally occurring plants for aesthetic reasons.

"The problem is that the hoteliers on the beach removed what we know as the 'coco plum walk' and those roots that were holding the sand together when we had rough seas. When you remove these from the beach and put [up] those umbrellas - pretty, lovely umbrellas - the sea just tears it (sand) and moves it," Pringle said.

The Negril beach has been declared an erosion hotspot from as far back as 1999. A one-year study of the problem by the University of the West Indies between 1999 and 2000 had also concluded that the northern section of the Long Bay Beach had been experiencing shoreline erosion. It recommended that feasibility studies be undertaken to develop other alternatives to protecting the shoreline, including, among other things, the cultivation of seagrass meadows.