Red Stripe Grandstand | And They’re Off: Go for Gold Winners leave for Brazil 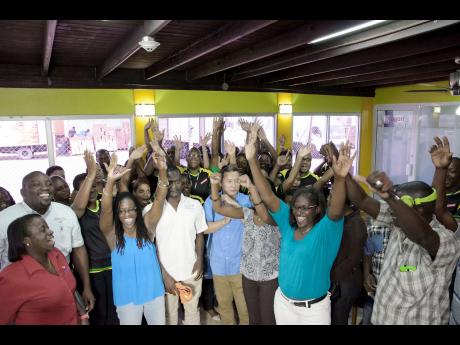 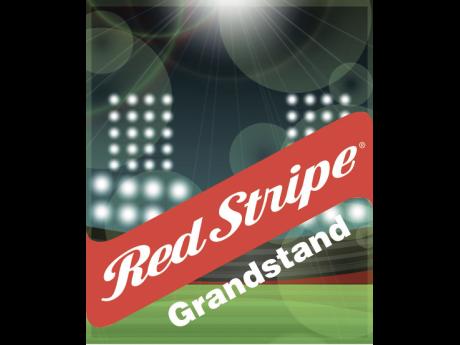 With their bags packed and spirits high, grand prize winners in the Red Stripe GO for GOLD summer promotion left the island yesterday on their way to Brazil to witness history. The group, which includes five consumers, six customers, and two sales executives was fÍted at the swanky Club Kingston VIP Lounge at the Norman Manley International Airport while they awaited the final boarding call.

"This has been an experience, and we haven't even left the island yet. Can you imagine when we touch down!" said a very excited Delroy Daley, who is travelling to South America for the first time.

"My wife packed our bags from last week and called everyone we know to tell them that we are going to see the big man achieve his third consecutive Olympic 100m gold. We get to travel to a new country and witness our legend on the track all in one trip. That's priceless," added Daley.

Up to a month ago, he and the other grand prize winners were complete strangers, with nothing in common except their impetus to enter online the code under the cap of a Red Stripe beer.

"Most of us never expected to actually win anything, let alone the grand prize," said RenÈe Codner, prize winner from St Ann.

Since the announcement of the winners on July 11, the lucky beer lovers have formed a Whatsapp group and, no doubt, friendships with an indelible bond.

"I've been tracking what's happening on the ground in Rio de Janeiro, and pretty soon, I'll be right there in the midst of everything," said Sanjie Clarke.

"The excitement in Club Kingston is palpable. I'm looking forward to the trip, but it's even more amazing to experience this with our consumers and customers and to see how much they're enjoying the journey," said Red Stripe assistant brand manager Reshima Kelly, who will lead the group in Brazil with the aid of a bilingual chaperone.

In addition to the opportunity to witness the highly anticipated 100m races, the beer brand has organised an itinerary that will give the winners cultural immersion in Brazil. The group will visit the world-famous Christ the Redeemer statue, as well as the much-talked-about Jamaica House Rio, which is being staged by the Jamaica Tourist Board, with sponsorship support from Red Stripe, among others.