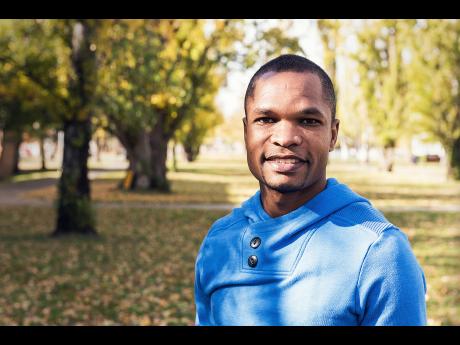 As a Jamaican studying in Australia, Alrick Campbell acts as a cultural ambassador of sorts. His accent, the fame of Jamaican music, and the excellence of the country's athletes are constant topics of conversation as he makes his way around Canberra and the Australian National University (ANU) campus, where he is pursuing terminal studies in economics.

Campbell, who was a part-time lecturer in the Department of Economics at the University of the West Indies while in Jamaica, told The Gleaner that he developed a passion for electricity pricing and energy policy while working as a productivity specialist at the Jamaica Productivity Centre.

The decision to follow his interest in this area was sparked by an email about the Australia Aid Awards, which was circulated to staff in the economics department.

"At first, I thought nothing of it, but my gut instinct told me that I should find out more. I contacted a few researchers in Australia and discussed my ideas for a project with them, and they were quite interested and encouraged me to pursue the scholarship. I took their advice," he said in an email response to The Gleaner.

The St Jago High graduate describes himself as lucky because of the fact that his family life was not dramatically affected by his move to the land down under. His wife not only accompanied him to Australia, but also pursued doctoral studies at ANU. She has since graduated and now works as a postdoctoral fellow at the university.

According to Campbell, "Moving to Australia was a fantastic experience for us as we embarked on this new adventure together. Having someone who is familiar with the challenges of doing a PhD, who supports you, and who is working towards the same goals as you is invaluable."

The doctoral candidate, who expects to submit his thesis in December, has been using the basis of his research to advocate for Jamaica to move to more efficient pricing policies.

"My thesis explores quantification of the effects of oil price movements on economic activity, determining the most appropriate methods to price electricity in a monopoly setting and benchmarking the performance of utilities with those of other countries," he said, in explaining his research work.

In fact, Campbell is eager to return home as he wants to contribute to policy formulation around electricity pricing. He believes that his research has direct applicability to the Office of Utilities Regulation and the Jamaica Public Service.

"For almost a decade, I have been following the discourse as it relates to electricity prices in Jamaica and I believe that there is much I can contribute to this dialogue. I am eager to return home and to be a contributor in this space," he said.

WANTS TO SET UP CHARITY

The native of St Mary, who spent his early years in Woodside in a one-room house with his mother, stepfather, and four other siblings - without electricity and piped water - also wants to set up a charity to help poor Jamaican students attend university.

"Each day was a struggle as my mother and stepfather worked hard and did all they could to send us to school and ensure we were clothed and fed," he shared.

But even while he anticipates returning to his island home, Campbell has been enjoying life on the continent that is home to the Great Barrier Reef.

A leading wicket-taker on ANU's cricket team, he has gained fresh insights from playing the sport he loves and exploring the vast natural wonders of the land of kangaroos and duck-billed platypuses.

"Last year, I was able to tick an item off of my bucket list: witnessing the northern migration of humpback whales. Words just don't do the experience justice. After sitting for hours on a boat in the cold, I couldn't help but gaze in wonder as a large, majestic creature broke the surface of the water with its calf by its side. Seeing such a large animal in its natural habitat made me realise just how small we are in this world," Campbell said.