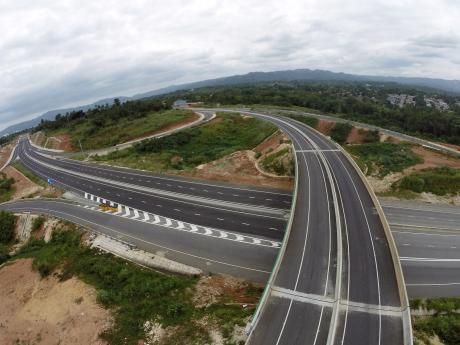 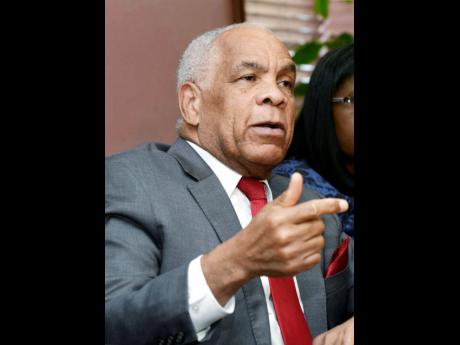 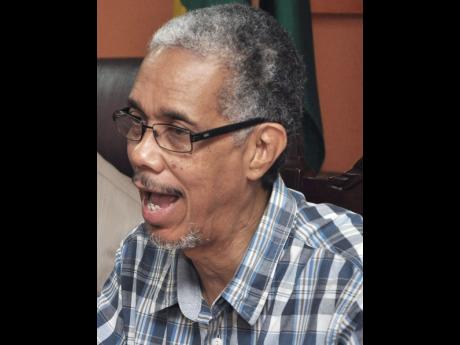 One major Chinese company that has invested billions of dollars in Jamaica in the past decade, China Harbour Engineering Company (CHEC), is publicly denying any knowledge of an 'established practice' to pay bribery to Jamaican government officials.

Questioned further if the company has ever been approached by Jamaican political parties for donation, CHEC's spokesperson, Sherreka Lowe, said, "To my best knowledge, CHEC has never been asked to make any donation to a political party."

Chinese companies operating in the island are being forced to clear their names because of information disclosed last week by Dr Omar Davies, a former transport and works minister in the previous People's National Party (PNP) administration (2012-2016).

As minister, Davies presided over the signing of contracts valued at over billions of dollars with companies from the Asian powerhouse.

Had to clear his name

But he felt he had to clear his name after accusing Paul Burke, his party's general secretary, of 'linking' him to kickbacks.

Davies, in a letter to Burke, said: "I was informed that you (Burke) [stated] explicitly that you had learnt that it is an established practice for large Chinese firms to pay an 'agent's fee', ranging from one per cent to 1.5 per cent of the total project cost. You claimed that it was customary that the 'agent' would be named by the minister with portfolio responsibility for the relevant sector."

That fee, in relation to an undisclosed project, Davies reported Burke as saying, "would have amounted to between US$10 million and US$12 million".

Davies has denied knowledge of such a 'practice'.

This disclosure served to add fuel to the unfolding PNP's campaign donations scandal.

Last Wednesday, China's embassy in Kingston said that it met with all Chinese companies in Jamaica and they "categorically" denied any involvement.

"The embassy has discussed these allegations with Chinese companies in Jamaica. The companies have categorically denied the payment of any agency fee or other monetary sum or reward (whether in cash or kind) to any government official, public officer, or political party in relation to the implementation of any project or activity," Fan Jianghong, economics and commercial counsellor at the embassy, told The Gleaner.

The current Andrew Holness administration, through its Transport Minister Mike Henry, has also denied the practice.

Henry, who previously served as portfolio minister from 2007-2011, said, "If it was established, it would have to be under the PNP."

In the meantime, Burke has said the comments, which he has not denied, have been "deliberately misrepresented".

High-ranking party officials said when Burke made the statement during a National Executive Council (NEC) meeting in April it was reportedly challenged for evidence.

Robert Pickersgill, the transport minister from 2001-2007 under the P.J. Patterson-led PNP administration, said, "I'm not aware of any such thing. That was never said to me or told to me."

CHEC opened its Jamaican offices in 2010 under an agreement with the then Bruce Golding-led Jamaica Labour Party (JLP) administration "to be the general contractor under the Ministry of Transportation and Works and the National Works Agency for two main projects".

The company, which is a subsidiary of the state-owned China Communications Construction Company, also became the contractors for the $92-billion North-South Highway project.

Last year, the Jamaican Government signed a $49-billion agreement with the company for a highway project along the island's southeast coast.

CHEC is among several Chinese companies whose heavy investment in Jamaica began since the middle of the last decade.

Some of the other investments include the Pan Caribbean Sugar Company, to which the Government divested several of the loss-making estates in 2011.

According to the 2015 Economic and Social Survey Jamaica, published by the Planning Institute, development assistance from China to Jamaica totalled US$880.4 million ($103.3 billion) for 11 projects, and that loan financing accounted for more than 90 per cent of that figure.

The Chinese government representative in Jamaica declared that bribery is against the law and "all Chinese companies, whether operating in China or overseas, are mandated to act in strict compliance with the transparent and best practices and policies of the Chinese Government".

"These companies," Fan said, "are also obliged to fully comply with the laws and regulations of the countries within which they operate."

Meanwhile, Jamaican law-enforcement officials are yet to indicate whether they will be investigating the allegations of bribery, using state offices.

Calls, however, have been mounting from anti-corruption groups and private-sector players for an independent probe.