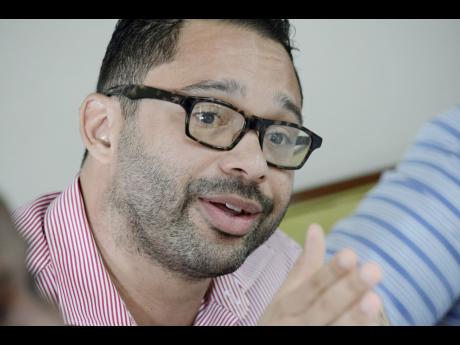 Rudolph Brown
Dr Shane Alexis, past president of the MAJ.

While commending efforts made so far to lessen the impact of the Zika virus, Dr Shane Alexis, former president of the Medical Association of Jamaica (MAJ), believes that if the country is to see satisfactory results, there has to be greater support in financing the fight at an optimal level.

Addressing a Gleaner Editors' Forum hosted recently at the newspaper's offices in Kingston, Alexis argued that doctors can do only so much if resources are limited.

"The capacity has never been questioned about the interpretation of international standards, protocols, etc. The elephant in the room, in my mind, is financing," he said.

"When you look at what the World Bank came out with, about the short-term forecast for costs associated with Zika, you are looking at one per cent of GDP (gross domestic product) just to deal with Zika. When you look at a budget like ours (Jamaica), the cost is not just how many people go out to get rid of tyres (and) clean up markets. It has to do with things like tourism, which is our biggest foreign exchange earner," said the former MAJ president.

"People are now going to change their minds about coming to Jamaica (due to incidents of Zika infection). There is not much that many of us can do individually, but I do believe that through the minister's office, the directors of the country, the Cabinet (and) the prime minister, need to put health as a priority the same way economic growth is placed on the table. We cannot keep on asking doctors, nurses, and support staff to simply make the decision based on their best judgement," he declared.

The medical practitioner indicated that there is a satisfactory number of trained professionals who are in the system to detect and diagnose cases. He, however, emphasised that even with the human capacity, there is little that can be achieved if there is not a reasonable standard of resources with which to work.

"We do learn as we go along, but, as has been repeated, the pie is only so big. When you are facing a young person who may be pregnant who had Zika a week before she found out she is pregnant, where do we go? Where do we go when we tell persons that they have HIV (human immuno-defiency virus), cancer, special needs?"

Said Alexis: "We have to tackle the financing of our health sector, restructuring the entire sector so that when we are tested by Zika, or by whatever the next illness is, we are in a position to respond. The critical issue for me is not so much on the disease process. We have excellent people studying it. I have no doubt that we will be able to recognise and manage medically, but the finances is really what we need to deal with, and that comes at the highest level," he charged.