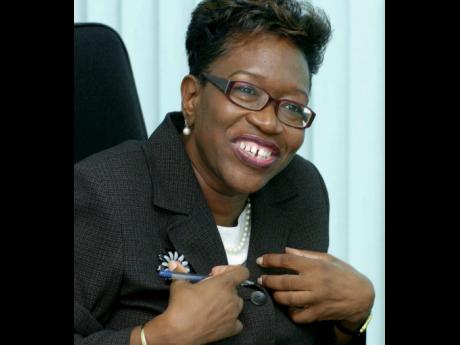 A senior public official is under the microscope for a series of corruption allegations, including illicit enrichment and failure to declare assets, in a case that a high-ranking government official says will highlight "serious systemic weaknesses" in Jamaica's anti-corruption systems.

Meetings were held in August between the Corruption Prevention Commission (CPC) and the Office of the Director of Public Prosecutions (DPP), which is expected to rule on the case soon.

In its report for the period April 1, 2014 to March 31, 2015 the CPC pointed to 24 cases of illicit enrichment involving public servants that were forwarded to DPP Paula Llewellyn for a ruling.

The anti-corruption body is awaiting rulings on 12 of the cases, one of which a senior investigator, who wished not to be named, told The Gleaner involves a parish council official who is facing charges for "almost every known offence on the book".

Llewellyn said she will issue rulings on seven of the outstanding cases in two next weeks, although she could not say whether any of those rulings relate to the parish council official.

"We dealt with 12 and the reason why we didn't deal with the other 12 is because there were certain evidential uncertainties arising on the material that had been provided by the commission. After we went through the files - and remember this is not the only work that we're doing - we discovered these evidential uncertainties," she said, confirming the meeting with CPC officials.

The CPC's report, which was tabled in the Parliament last week, is the latest from the commission and again highlights the high levels of delinquency among public officials in making their statutory declarations of assets, liabilities, and income.

For the reporting period that ended December 2014, the commission should have received approximately 36,042 declarations.

David Grey, executive director of the CPC, said a new list of delinquents is being prepared to be sent to the DPP's office for action to be taken against them.

"An entire list has not been submitted because the commission, with the agreement of the DPP, has drawn up delinquent declarants and brought them to court periodically from the (general) list of delinquents," he explained.

He said the periodic submission to the DPP is a more workable system because "there's no court that can handle those amounts of delinquents [at once]".