Cops confident in war against MoBay thugs - We have a lot of assets, but there could always be more, says Commish 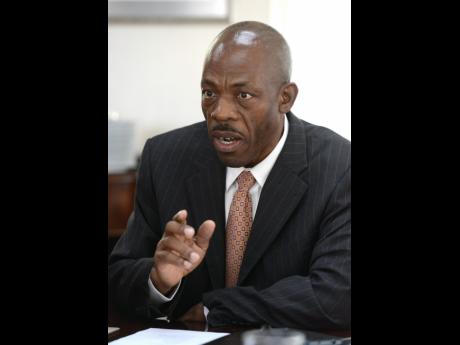 Police Commissioner Dr Carl Williams yesterday stated that while the security forces could do well with more crime-fighting assets in violence-torn St James, he is confident that between the army and the police, the wanton lawlessness can be reined in.

"We have a lot of assets, but there could always be more. We are still operating within limitations," the commissioner, who was on his second visit to St James in four days, said as he addressed a press conference.

"We will make the best use of what we have and we will bring in more from time to time."

Added Williams: "In fact, we are planning as we speak to bring in additional police officers. I believe the army is maxed out at this time, but we will still try to lean on them a little more. We will be doing the best we can to ensure the citizens of Montego Bay are safe."

Major Murphy Pryce of the Jamaica Defence Force, who was at the press conference featuring the top brass of the police Area One command structure, said the military had brought in significant assets with special capabilities that do not normally reside in the west.

"The chief of defence staff has reassigned many of the troops that have been operating elsewhere in the country to St James. Therefore, we brought forward two more companies of soldiers to operate with the St James police," said Pryce.

"We have also brought with us certain operation-planning capabilities to assist our police counterparts. We also brought along some augmentation of the intelligence services that are here.

"We also brought in what we consider special capabilities that do not normally reside here. We brought in an aircraft and some armoured personnel carriers. So we are supporting the policing effort in a significant way and will continue to do so," the major added.

It would appear that while there have been additional killings since the start of the latest initiative against the marauding gangsters, Senior Superintendent of Police (SSP) Marlon Nesbeth says the latest effort has been reaping some amount of success based on persons killed in confrontations with the police and persons who have been taken into custody.

"We have launched certain initiatives from last week. We saw it bear fruit, where we got some of the men we have been seeking to the extent that some have turned themselves in," said Nesbeth, in noting that all available assets were being used.

Nesbeth also broke the news that Alex 'Buji' Dally, one of the prisoners who recently escaped police custody during a jail break in west Kingston, was recaptured earlier in the day during a police operation in Whitehouse, Westmoreland.

During a tour of St James yesterday, the police commissioner visited schools in Glendevon and Retrieve, two of the areas worst affected by violence. He had high praise for the teachers in Glendevon, who have developed a protocol to keep their students safe and away from harm during even sustained periods of gunfire.