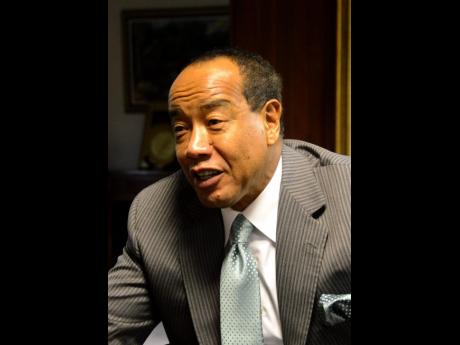 The Private Sector Organisation of Jamaica (PSOJ) and the opposition People's National Party have reacted positively to news from the Economic Growth Council (EGC) that some of its proposals to achieve economic growth could form part of a new agreement with the International Monetary Fund (IMF) when the current one expires next year.

Speaking yesterday on Power 106 FM's 'Real Business with Ralston Hyman', EGC Chairman Michael Lee-Chin said: "Don't be surprised if you see some of the initiatives find their way in[to] the IMF agreement. That's how serious these initiatives are to the country."

Dr Peter Phillips, opposition spokesman on finance, said it was expected that any future growth-inducing measure would be part of a post-IMF agreement relationship.

"The good thing about the EGC is that it is summarising a lot of the work that had been done and giving it greater visibility. These things are elements that had already been identified and were being worked on, including the issue of the centrality of crime," Phillips told The Gleaner.

He continued: "All the measures that had resulted in our improvements in our competitiveness ranking and the ease-of-doing-business status were all elements in the previous programme and that have resulted in the improvements which have been registered over the past three years."

"When we looked at it at the PSOJ, we were very much in support of some of those measures being actually in a new IMF agreement because that's really the only way things get done in the country," he shared.

Jamaica's tough four-year agreement with the IMF ends in March next year, but in August, Lee-Chin declared that gains made under that deal could be reversed without continued external oversight from the IMF.

"I'm not too sure that if the IMF left, we would not backslide. [The IMF] imposed a discipline on us, which we needed. I would rather see that the IMF continues because it ensures that we stick to the discipline," he said.

On September 12, the EGC submitted its proposal to the Cabinet, which it said focused on eight key areas: maintaining macro-economic stability and pursuing debt-reduction strategies; improving citizen security; improving access to finance; and pursuing bureaucratic reform to improve the business environment. The others are stimulating greater asset utilisation; building human capital; harnessing the power of the diaspora; and catalysing the implementation of strategic projects.

On crime, Lee-Chin said the council is to begin meeting this week with the various agencies responsible for implementing initiatives it has suggested to stem Jamaica's crime problem.

There's been no update on whether the Cabinet approved all the proposals, but Lee-Chin said the EGC would be launching them at the National Arena in Kingston next week, when a memorandum of intent will also be signed.

Jamaica and the IMF were due to hold a press conference on Monday, where an update was expected to be given on talks between the two on the post-agreement framework. That was postponed because of the passage of Hurricane Matthew.