No surprises! - Budget approved although senators stick to partisan script 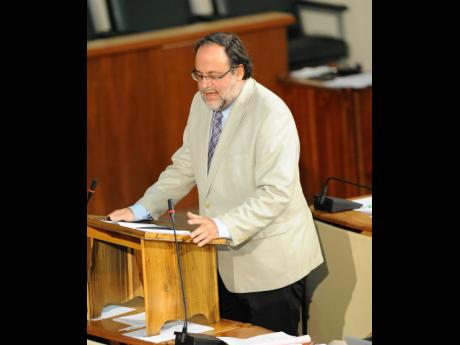 Government and Opposition senators yesterday held tightly to their partisan scripts, either celebrating the Budget for the 2017-2018 financial year or berating it as being burdensome on poor Jamaicans.

In the end, the Appropriation Bill (Budget), that one opposition senator jokingly referred to as the 'expropriation bill', was approved after a sitting of the Upper House that lasted more than eight hours, covering presentations from 16 of the 21 senators.

The Government's income tax relief promise, which will be fully implemented on April 1, dominated presentations. Kamina Johnson Smith, in opening the debate, argued that the Opposition, by its stance, was against Jamaicans improving their situation.

"Critics can say what they want, but this is why this administration will achieve growth when others couldn't," she said of the increasing of the non-taxable portion of people's income to $1.5 million.

NOTHING FOR POOR, DISABLED

GraceKennedy boss Don Wehby joined his government colleague in supporting the $710-billion Budget, adding that the shift from direct taxes to indirect taxes on things like goods and services was a better system for tax collection and widening the base.

But the Opposition members, including Floyd Morris and Mark Golding, did not buy those arguments, saying the poor and, especially those who were not paying income tax before, will be worse off.

"We on this side do not agree with this neo-liberal regressive approach to taxation, which hides behind the slogan of moving from direct to indirect taxation, but is really a massive transfer of resources from the have-nots to the haves," Golding argued.

According to Morris, the Budget does nothing for the poor and the disabled community.

"Persons with disabilities are going to feel it from this Budget and it is going to hit them hard because, ... there is nothing significant for them," Morris said, adding that the more than 300,000 people on the Programme of Advancement Through Health and Education (PATH) will not benefit from the income tax relief, but will be called upon to pay increased taxes.

The House of Representative approved the Budget, which must be in place by April 1.