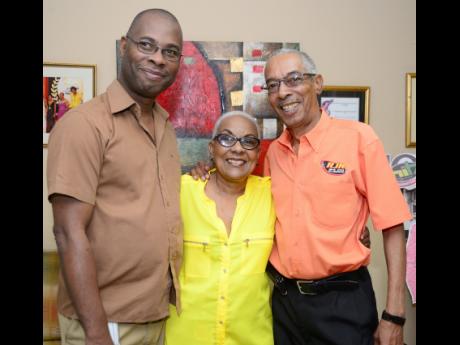 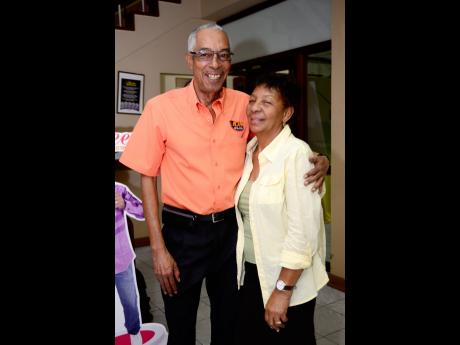 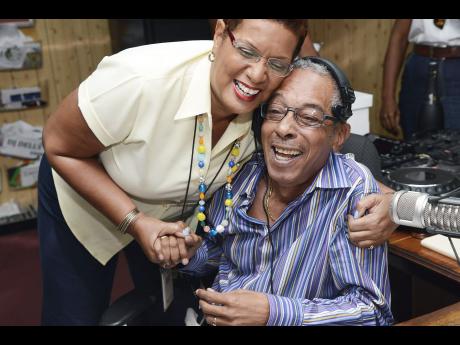 For close to half a century, Jamaicans have awakened to the voice of broadcaster Alan Magnus on Radio Jamaica (RJR 94 FM). Here is what his colleagues, some of whom have worked with him for most of his sojourn at the station, had to say about him:

When I joined the station 33 years ago, I was an announcer in training. Even as a veteran then, Alan Magnus did not have any 'ears' about him. Some people, when they get into certain positions, have an attitude about them - not Alan. He will speak his mind, the unbridled truth, but you get the same Alan Magnus when he is interacting with management or his colleagues. He is a very genuine person.

He had that commitment for being on air. You have to demonstrate certain commitment to be bright eyed and bushy-tailed at that time of the morning. Some of us would be groggy and miserable. Alan would not find excuses to miss work, and through this, demonstrated his commitment to the job.

Alan was here before me. He is warm, kind, and friendly, and he loves his family. After 45 years, Alan and I understand each other. I know his taste in music inside out. He loves message music and songs that have positive influences. He likes listening to Neil Diamond, and although he likes local music, he gravitates towards good, clean, and uplifting local songs.

I am the godmother of his daughter, Anna-Kay, and oftentimes, he would refer to me as the 'godmother' for the music.

I call him 'Maggie'. I came to RJR just one year after Alan, and he is one of the most genuine people I know. It comes across in his personality. He is sharp and witty, and his personality is very engaging. That is what is needed to connect with the people you cannot see. You have to do it with your voice and your tone.

He is very committed to his job, and when the clock strikes 5 a.m., Magnus is there to sign on. He has served his country well, and I am one of the proudest individuals to have worked with him.

Perhaps he was born for radio. He persisted, and eventually, he was employed and made a good job of it. He was a frequent visitor to RJR even before he was employed, and this cemented the fact that he really wanted to become a broadcaster.

We had a good working relationship, and he was very respectful and read well.

We had an excellent working relationship and he did an incredible job. I wish him all the best for his retirement.

He is very natural and has a good command of the English language, which impressed me. He was a fast learner, and when he became an announcer, all he needed to learn was just a few housekeeping matters.

He had a natural delivery and know-how, and a keen sense of humour, and this made it a pleasure to train him. After his training, we would work occasionally on outside broadcasts.

His achievement is very impressive. For him to hold the listening audience's attention for so long and not get 'stale', in and of itself is a significant achievement.

The synergy we had over the years you cannot create it. It is just natural, and it works. Many persons have tried to create it but it has not worked. When I came in to relieve him at 9 a.m., we did a banter which would last at first for about two minutes, and then it turned into 10 minutes. It was not planned. Management saw it as a winner and joined us together. It was fabulous, natural, and it worked.

I remember we had an outside broadcast in the front yard, and we had to dress up in clothes for the era. You should see Magnus in his green, stripe polyester pants and floral shirt to match. That morning from 5 a.m. to 9 a.m., trucks, buses, and cars drove through honking their horns. It was such great fun.

I will miss him, his laughter and his wit. He is a true professional and we had a great working relationship.