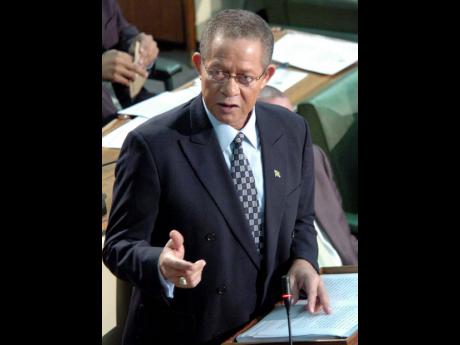 The Bruce Golding-led CARICOM Review Commission has submitted its final report, eight months after it started its work.

Golding, a former prime minister, presented the report to Prime Minister Andrew Holness at his office on Thursday.

Holness and the Cabinet are expected to review the document and its recommendations before the report is tabled in Parliament, according to a statement from the Office of the Prime Minister, which did not give a timeline.

The statement said the commission met with several stakeholder groups, including former prime ministers in CARICOM, as well as former secretaries general of the regional body,

In addition, focus group sessions with Jamaicans were held in several parishes.

In a parliamentary speech last May, Holness said: "The time has come to fully assess the benefits, opportunities and challenges of CARICOM and to assert ourselves in such a way that Jamaica gets the full benefits that membership in CARICOM promises.

"The Government will appoint a CARICOM Review Commission, aimed at positioning the country to take full advantage of benefits under the organisation," he said in his contribution to the 2016-2017 Budget debate.

At last year's CARICOM heads of government conference, Bahamian Prime Minister Perry Christie and his Grenadian counterpart, Dr Keith Mitchell, told The Gleaner that Jamaica's decision to review must not be seen as "doom and gloom" for the regional project but as an opportunity for renewal. St Lucian Prime Minister Allen Chastanet urged other countries to do a similar review.

The review commission comprised 17 members, along with ex-officio and support staff, from a wide cross section of sectors in Jamaica, including business, academia, the private sector and trade union, among others.