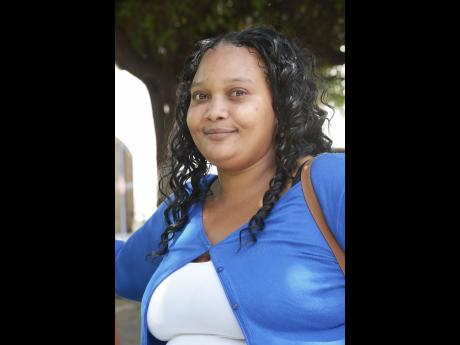 Ian Allen
Nerice Samuels' conviction was overturned in the Court of Appeal in Kingston.

Nerice Samuels fell into her mother's arms yesterday, with tears streaming down her face after the Court of Appeal quashed her conviction and set aside a six-month sentence for unlawful wounding, which Chief Parish Court Judge Judith Pusey imposed on her in 2015 without a trial, testimony, or lawyer.

"It's just the Lord. He knows best. He kept me through all this," the 33-year-old told The Gleaner after Justice Patrick Brooks read the judgment, which noted that such a situation "should not ever have occurred".

Court records show that Samuels was brought before Pusey in the Corporate Area Parish Court on October 28, 2015. The unlawful wounding charge arose from a stone- and bottle-throwing incident earlier in the year, involving a woman and her son in Franklin Town, St Andrew.

The woman, according to Director of Public Prosecutions Paula Llewellyn, alleged that Samuels threw a bottle, which injured one of her feet. But Samuels, without a lawyer, told Pusey that she was not guilty and that the bottle had been thrown by the son.

But after "discussion" among Pusey, the complainant, and Samuels, the plea was reversed and Samuels was sentenced to six months' imprisonment, which took her from the Duhaney Park Police Station in St Andrew to the Fort Augusta Adult Correctional Centre.

"There was some discussion between the Bench (judge) and the parties, and I was of the distinct impression that although initially, the accused said she was not guilty, after the discussion and cross-talk, she had accepted responsibility for injuring the complainant," Llewellyn read from Pusey's transcript of the case.

Llewellyn also noted that Pusey, in light of the appeal, suggested a retrial before a different judge.

Samuels, a mother of two and caregiver for three others, ended up serving two months in prison. She was granted bail in December 2015, a month after she filed an appeal through her lawyer, Cecil Mitchell.

Director of Public Prosecutions (DPP) Paula Llewellyn told the Court of Appeal judges yesterday that the case in which a woman was sentenced for unlawful wounding, without trial, and the conduct of the judge, Judith Pusey, were "very, very disturbing". She said that her office would not challenge the appeal and requested that there be no order for retrial "in the interest of justice".

"There is no basis in law for the learned Parish Court judge to have taken this approach," she said, noting that the circumstances of the case would possibly have warranted only referral to the Dispute Resolution Foundation, to which the Appeal Court agreed.

There was a "clear and blatant disregard by the Bench for due process" and "it cannot be excused", Llewellyn argued. "It cannot be excused because I have received reports from my staff that it is unfortunate because this is not the first occasion from this particular court."

The DPP, who faced off with Pusey in the high-profile Kern Spencer corruption trial, said that her office would send an apology "on behalf of the system" to Samuels, while a letter would be sent to the complainant on pursuing the case in civil court.

In handing down the oral judgment, Justice Brooks said that the panel, which included President Justice Dennis Morrison and Justice Paulette Williams, agreed with the DPP that there had been a "judicial error".

Noting that Pusey never submitted an affidavit that a court had requested in response to Samuels' claims, Brooks said that the whole situation "should not ever have occurred and should not be repeated".

He said that while Parish Court judges, formerly resident magistrates, have a huge workload, they have to be careful.

"It is without question that the conviction must necessarily be quashed."

Brooks said that a retrial would not be in the interest of justice, even as he explained that if Samuels was guilty, the facts of the case did not support a prison term.

Samuels told The Gleaner that while she has forgiven the judge, who, she said, took her away from her children without following the law, there should be sanctions.

"She didn't give me a chance to tell my side. Mr Mitchell has done his job and I give God thanks."

"A burden just lift off mi shoulder," she added.

Mother fought, cried for daughter who was convicted without trial