Bill for weekend floods at $492 million, could grow significantly - McKenzie 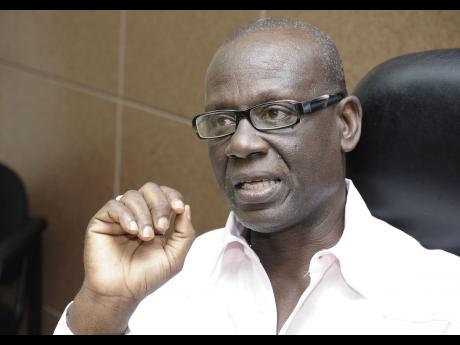 Preliminary estimates put the cost of the damage from last weekend's floods at $492 million, and Local Government Minister Desmond McKenzie says it is likely to grow "significantly".

McKenzie had to also fend off criticisms of a premature report from the Opposition in Parliament yesterday where he gave an update on recovery efforts.

"This is an interim report. We are still awaiting additional information to come in. The possibility exists that the figure I gave will probably increase significantly. It is important that as a responsible government in the first sitting of Parliament for the week, [we] will update the Parliament," he said.

McKenzie said that additional information being gathered by agencies such as the Poor Relief Departments will reveal the extent of people's losses, which will then be used to implement a "comprehensive assistance programme".

The authorities have said poor drainage was a major cause of the flooding, and Noel Arscott, the spokesman on local government, questioned last year's $800-million bush-cleaning programme that included a drain-cleaning component.

McKenzie said the ministry would be reviewing existing structures, especially those in town centres, to expand capacity in the short term.

Preliminary estimates of damage to parochial roads in three communities in east Portland has been put at $18 million.

The figures were disclosed, yesterday, by Mayor of Port Antonio Paul Thompson, who said, "Although there was no serious damage done to houses and agriculture, the road network was badly impacted." He added, "The four days of heavy rainfall also resulted in multiple land slippages in several communities in the east, which was compounded by inadequate drainage."

Thompson said the estimates could climb, as other areas, including sections of the Rio Grande and Buff Bay valleys, had not yet been assessed. In some areas, he said, huge craters have appeared on the roadways, which will require immediate attention.

contributed to this report.