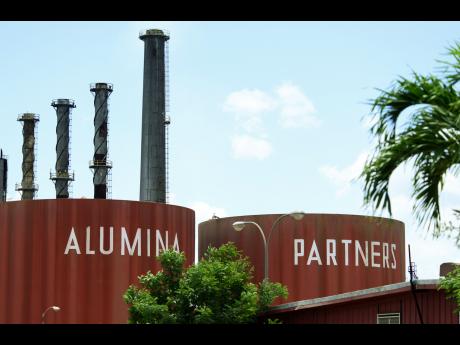 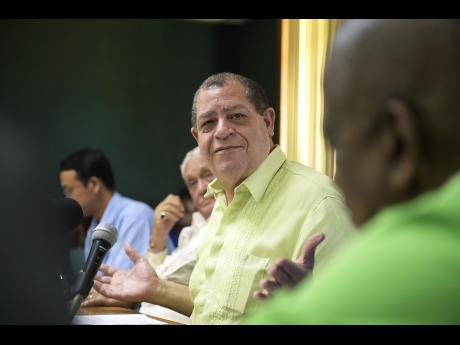 Gladstone Taylor
Minister of Finance and the Public Service Audley Shaw (right) is all smiles as the Alumina Partners of Jamaica/Jiuquan Iron and Steel Group refinery in Nain, St Elizabeth, gets ready to resume full production.
1
2

The steady trek of government and opposition parliamentarians to the community of Nain in St Elizabeth in the last two weeks was the clearest indication that something huge is happening in that area.

They were all headed to the Alumina Partners of Jamaica (Alpart) facility now being operated by the Chinese company Jiuquan Iron and Steel (JISCO).

The bauxite and alumina mining plant was once described as 'the lion of St Elizabeth', and when the roar of the number four boiler shouted in the distance, sending puffs of smoke into the brightly lit skies, one powerhouse worker proudly stated, "the lions roar again".

That was one of the first indicators of the new life in the community that became almost a ghost town during the time the plant was shuttered.

"The reopening of Alpart is a big, big help to the community," said Trevor Brown of Watson Hill Road, at Downs in the community, with a wide grin on his face.

"I used to work there up to the time when it closed. A lot of guys gone back there to work," said Brown, who was seated on the piazza of the shop he operates at Downs.

According to Brown, he operated the shop while he was employed to Alpart, and when the plant closed he had the shop to fall back on.

Some other Alpart workers had farms to fall back on, but became victims of drought and heavy rainfall in some instances, brush fires and beet army worms in others.

Many had nothing to fall back on and moved away.

Brown's joy at seeing the plant reopen was shared by Franklin Witter, the member of parliament for St Elizabeth South East.

"It is a very, very good day for the people of the area. We have started to see signs of economic activities in all the communities. Bars and restaurants have reopened and a number of persons from the community and the environs are currently employed there," Witter told The Sunday Gleaner.

At least 10 bars were counted along the route from Nain to New Forest, Downs, Duff House, and as far away as Brown's Town near Plowden.

The plant, which was previously owned and operated by the Russian company UC Rusal, is expected to generate between 800 and 1,000 jobs at its fullest.

At least 700 employees were said to be employed up to last Friday. The vast majority for the moment are maintenance workers, bringing the company back to maximum capacity.

‘Make this partnership work!’ - Shaw urges employees at reopened Alpart plant to give it their best shot