When women do the beating! - ‘Sissy culture’ causing men to suffer abuse in silence 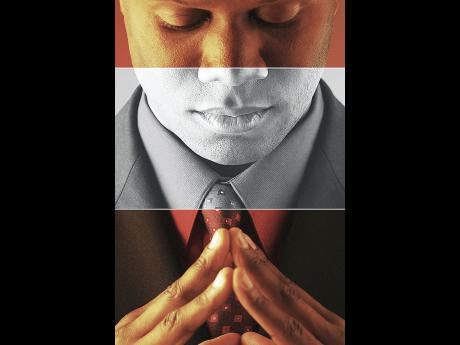 The recent death of a man, who was set on fire, allegedly by his common-law wife, while he was sleeping, has again raised concerns about intimate-partner violence in Jamaica, where men are the victims.

Senita Blair, 36, appeared before the Kingston and St Andrew Parish Court recently charged with the killing of Kenton Browne, 44, at their house near Waltham Park, last month.

This has rekindled the discus-sions, with Lanny Davidson, head of the Fathers Crisis Centre, charging that in cases of domestic abuse where men are victims, women tend to use the element of surprise.

"You are probably wondering how a small, petite lady at 5 feet tall can hurt a 6 feet 6 inches tall man. They use the element of surprise, where they wait until the man is sleeping or hit him from behind," said Davidson.

According to Davidson, who provides one-on-one counselling to men through his advocacy group formed in 2011, says that the abuse does not have to be physical as it can be emotional as well.

He noted that in many cases the men do not hit back, because if they do, they become the abuser and women use this to their advantage by twisting the situation when reporting it to the police.

"Those types of (emotional) scars take longer to heal than the physical ones," said Davidson.

He argued that cases where men are victims of abuse are prevalent in the Jamaican society but they often go unreported because men fear that they will be perceived as weak.

Davidson said female members of the police force are far more sympathetic to battered men. He urged men who are being abused to report this to female cops, so that statistics of instances in Jamaica can be properly documented.

"They need to document everything first. Get a diary and write down dates. Try and record, it and even try to have a witness because a man just walking in and saying 'I was beaten by a woman' ... he becomes the laughing stock of the police station really," argued Davidson.

In the meantime, Dr Herbert Gayle, university lecturer and chairman of male parenting advocacy group Fathers Inc, told our news team that reports to his organisation underscore that men who make reports of domestic abuse to female cops are more likely to have their concerns addressed.

According to Gayle, Jamaica needs to get rid of the "sissy culture" if abused men are to get the help they deserve.

He argued that the issue of males being battered by females must be addressed from a cultural reference point as "men are socialised to be tough. Men often cannot turn to their peers for support and that policy framework does not make the necessary provisions."

Gayle had previously told The Sunday Gleaner that battered Jamaican men represent 40 per cent of the victims of domestic violence.

He found that there is usually very little support for these men as national campaigns on domestic violence have, for the most part, focused on women.