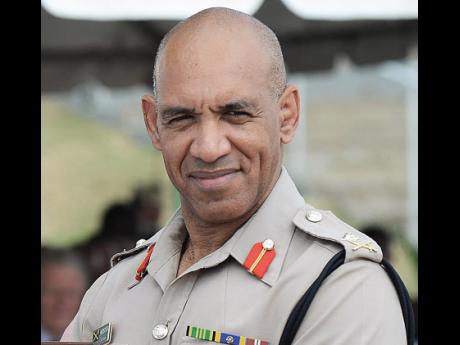 Former head of the army, Major General Antony Anderson is tipped, according to reports, to be the chairman of the new board of the Firearm Licensing Authority (FLA), which is currently the subject of two major corruption probes.

National Security Minister Robert Montague has indicated that he is close to announcing the new board to replace the one that resigned this month, days after news broke that the FLA was allegedly granting licences to people of questionable character and with political connections.

The National Integrity Action and the Private Sector Organisation of Jamaica have called for changes in how the FLA's board is appointed by reducing the influence of the political directorate and amending the law to reflect that.

But the administration is said to be mindful about delays, because, without the board, licences and permits cannot be approved. The possible appointment of Anderson, the Government's national security adviser, is also in line with some calls for a chairman not publicly known to have any political associations.

"Based on intelligence received on Thursday, the threat level against the lives of these individuals has increased, it added, quoting the police. "Former board chairman Wright was advised about the threat level and was invited to the ministry on Thursday. He was removed to a secure location to provide additional safety measures and has since engaged private security to protect his life."

The police have also reportedly increased security measures for the other people.

"The threat against the life of Wright is specific and targeted. It is alleged that the Wright-led board compiled the list of more than 200 persons of questionable character now being investigated.

"What they did to expose corrupt practices was done in service to the people of Jamaica," the ministry said.

The Gleaner has obtained a letter, reportedly penned by an FLA employee, to the Office of the Contractor General citing several instances of alleged corruption at the agency. The letter was written in May, the same month Wright said he called in the Major Organised Crime and Anti-Corruption Agency (MOCA).

MOCA is investigating more than 200 licences that may have been issued under questionable circumstances.

This week saw details of how some licences were dealt with, stretching back to 2011; the dismissal of two employees, as well as the leak of a review report last year that paints the FLA's systems as weak and vulnerable to corruption.