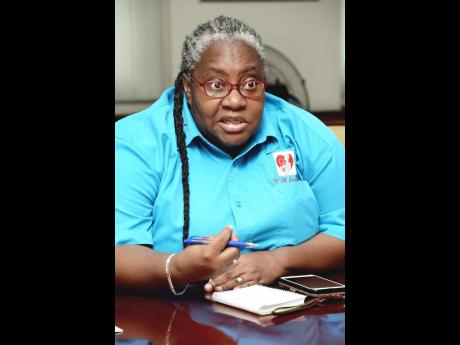 Lionel Rookwood
Joy Crawford: I wish I could understand the thoughts of the person who did it. What was he thinking when he decided to pull the trigger?

Joy Crawford has spent most of her life probing the minds of, and seeking solutions for, at-risk youths. Today, she wishes she could probe the minds of the men who murdered her brother, this time for her own peace of mind.

"I wish I could understand the thoughts of the person who did it. What was he thinking when he decided to pull the trigger? Was there a conversation between him and my brother? What did he do after, did he go and eat some food?" said Crawford, co-founder and director of programmes and training at Eve for Life, a non-profit organisation.

Her brother, 70-year-old George Hall, was ambushed and shot dead while in traffic on Leaders Avenue in Montego Bay on August 31.

Hall, who managed a gas station in Glendevon, was reportedly ambushed and shot in his van.

His attackers allegedly alighted from a vehicle behind him and shot him several times before fleeing. The police have identified no motive for his death.

Crawford, who has been working in inner-city communities for more than 20 years and giving her all to those at risk, including children with HIV, abused women, school dropouts, did not try to hide her emotions as she addressed a Gleaner Editors' Forum last Wednesday.

"It is the worst thing I ever experienced in my life. He was 70 and he was never involved in crime in his days," said Crawford, as she argued that a conversation with her brother's killers would not only bring closure to her but would help her to save more youths like the ones who fired the fatal bullets.

"One of the things that helped me is that I have been anti-violence from day one. I have never been one of those Jamaicans who have accepted crime as OK, as one of those things," said Crawford.

"When it happened I was sure of one thing, I was never going to give energy to the perpetrators. I wasn't going to go on the road of hatred. I was going to be centred around love and my family," said the Crawford, whose grief is compounded as four weeks after her brother was killed the autopsy has still not been done so that the family can carry out the final rites.