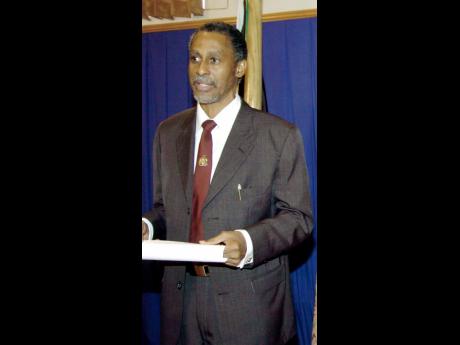 A prominent jurist is challenging Jamaican judges and lawyers to become more innovative in their practice.

"Innovation doesn't come naturally to judges and lawyers, and that is partly because of the training and the habits of thought that are associated with law and justice and which have been drilled into us. The administration of justice tends naturally towards conservatism," said Justice Adrian Saunders, director of studies at the Commonwealth Judicial Education Institute (CJEI).

He was addressing the launch of the Judicial Education Institute of Jamaica (JEIJ), held at The Jamaica Pegasus hotel in New Kingston on Friday.

Saunders argued that the English-tailored Commonwealth justice system inherited by the Caribbean does not easily embrace new thinking.

"We look backwards for the law that we must apply. We follow precedence established in the past. In my view, this tends to make lawyers and judges slow to embrace change ... . In the field of justice, a thing is right because that's how we've always done it," he said.

"The public expects better. We have a duty continually to interrogate court processes and the rules of procedure to ensure they are customer-friendly, effective, and designed to enhance efficiency. I think we need to embrace and fully utilise appropriate methods of resolving the ever-growing body of cases," he continued.

According to Saunders, more than two dozen Caribbean cases in the last three decades have cited an English statute enacted more than 800 years ago.

The new JEIJ is aimed at developing the capacity of judges and court staff to administer justice in a public-friendly and trustworthy manner. It will expose judges to continuous training as they navigate new challenges in a developing criminal landscape.

The training, which has already started, includes a three-day programme for aspirants and newly appointed judges and continued judicial education initiatives for judicial officers. The budget for the judicial education is provided by the Government, but a fixed cost has not yet been decided.

"The need for judicial education has become more critical with the passing of new legislation and frequent amendments to existing legislation in an effort to address new crimes and new ways of committing crimes that have become more sophisticated and complex with the advent of technology," said Chief Justice Zaila McCalla as she lauded the JEIJ, which she described as well-needed and timely.