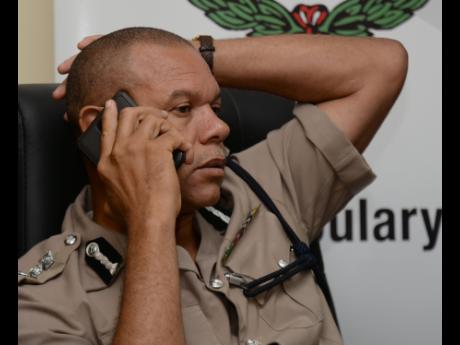 Violence-weary residents of St James are seemingly not enthusiastic about the latest crime strategy crafted by the Police High Command to combat the wanton lawlessness, which has resulted in more than 300 murders in the parish since the start of the year.

Businessman Errol Lamey, who once led the Mt Salem-based community organisation RELIEF (Restoring Enjoyable Living In Each Family), says that he is basically fed up with what appears to be a policy of making fruitless announcements every few months while criminals continue to wreak havoc.

“To be honest, I am getting fed up with these new announcements, what I want to see is results,” said Lamey. “We need to find ways to transform the minds of these criminals. All the wicked things they are doing start in their minds so, in addition to the policing measures, we need the input of psychologists, the Church, the schools and the various communities to be a part of fight to fix the problem. We are in a crisis and all hands are needed on deck.”

Like Lamey, Godfrey Dyer, who heads the Tourism Enhancement Fund (TEF), wants to see quick results as, like other critical stakeholders, some of whom are steadily losing patience, he wants to see an end to the murders.

“I want to see murders reduced significantly,” said Dyer, who is a former president of the Montego Bay Chamber of Commerce. “I want them (the police) to tell me that the murders will be reduced by X number over a specific period of time. I also want to see something done about the smaller crimes and the general disorder in downtown Montego Bay ... the congestion, the breaking of the stop lights and those things ... . Smaller crimes tend to lead to larger crimes.”

While he welcomes the ideas of putting more police on the streets of Montego Bay, Dyers also wants to see the police personnel, especially the rookies, being properly supervised.

“I don’t want to see the young policemen out there on their own, seeing nothing, hearing nothing and doing nothing,” said Dyer, who is also a former policeman. “They must be properly supervised at all times. That is the way to get them to produce the desired results.”

Following a meeting at the Office of the Commissioner of Police on Monday, several initiatives were discussed as part of a bid to develop a sustainable Strategic Policing Plan to address the escalating crime situation in St James.

Some of the areas to be addressed under the new plan include:

- Greater use of technology to assist with investigations

- Reviewing and redefining the divisional command and staff structure

Deputy Commissioner of Police Clifford Blake, who has been tasked by Police Commissioner George Quallo to drive the new crime-fighting initiative, is also calling for a collaborative approach between the police and the community.

“All of us should be aware that police on its own cannot, in isolation, defeat crime. It will take the input of the society on a whole, and once we can get the people working with us, we would have been halfway in being successful,” said Blake, who heads the Jamaica Constabulary Force’s strategic operations portfolio.

“The eight factors we have listed will be contributing to this fight against crime. If we can successfully treat with the manifestation of indiscipline in all its forms while being proactive, then I think we will gain the support of the people and put criminals and their activities in their rightful place,” added Blake.

Western Jamaica-based family therapist Dr Beverly Scott, who heads the Family and Parenting Centre in Montego Bay, recently stated that non-governmental organisations (NGOs) in the region were ready and willing to play a role in battling the ongoing lawlessness.

“We have a lot of NGOs and civil-society people who are ready to go, and we have been appealing to the Government to use us,” Scott told The Gleaner recently. “The Family and Parenting Centre has written several letters to government ministries with comprehensive proposals on how we can divert youth from crime and violence, but some of them don’t even respond.”