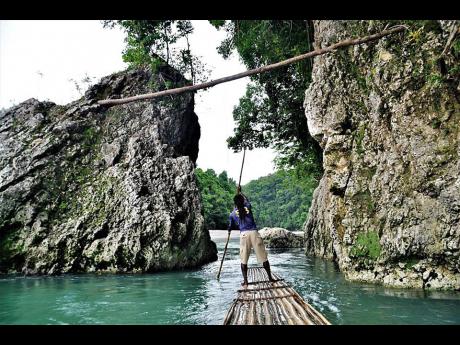 Rafting on the Rio Grande near Port Antonio, Portland. 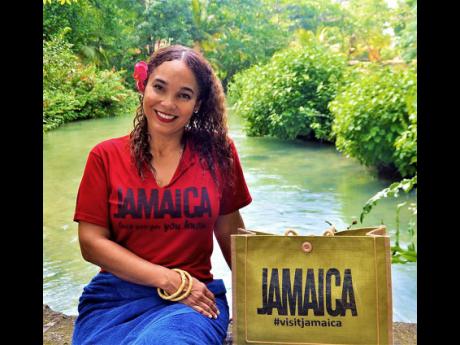 As news of the state of public emergency in the parish of St James continues to spread throughout the international travel trade, one immediate impact has been some cancellations of groups and incentive bookings for Jamaica.

Donald Dawson, Jamaica Tourist Board (JTB) acting director of tourism for Jamaica, who is in charge of all aspects of Jamaica's tourism marketing for the Americas, acknowledges that some of the negative press about the tourism capital of Montego Bay has led to hiccups in what was otherwise shaping up to be an impressive winter season for the island.

"The state of public emergency to root out gang violence in St James has had an impact on tourism because people are concerned with the words 'state of emergency'," Dawson told The Gleaner earlier this week, while at the Travvy Awards in New York, United States, where the JTB was awarded the Best Tourism Board in the world.

"We have had some cancellations from group and incentive bookings but not in any big waves, and our overseas tour operators are helping us to get the word out that Montego Bay is a safe destination for travel. Our retail travel agents are also working closely with us to pacify the impact of any negative press, and messages have already gone out to some 70,000 regional agents to update them and solicit their support."

When pressed about the extent of the cancellations, the acting tourism director said that it was not possible to quantify at this point, as data was still being collated, but he said that he had assurances from tour operators that the fallout was minimal and related to bookings for the latter part of 2018.

... Impact not as disastrous as expected - Dawson

Donald Dawson, Jamaica Tourist Board (JTB) acting director of tourism for Jamaica, says the impact of the state of public emergency in St James has not been as disastrous as was previously imagined, and the JTB plans to implement a number of initiatives to boost travel to Jamaica. This comes as some travel agencies are reporting cancellation of group and incentive bookings to tourism capital Montego Bay.

Among the initiatives are travel agent fly-ins to allow agents to see for themselves that the island is still a hot, safe seller. The JTB will also invite influencers to report from Jamaica, launch press junkets, and partner with diaspora print and electronic media to help carry the message that Jamaica is as alluring as it always has been and that the island is open for business.

Additionally, Tourism Minister Ed Bartlett will travel to a number of key markets in the United States, the United Kingdom, and Canada with the message that Jamaica is still a vibrant vacation choice.

"We are coming off a very strong 2017, and now we have lost some momentum with this setback, but I am optimistic that we will rebound and get business up and running once again," Dawson revealed. "A priority is to protect the long term interests of Jamaica's tourism."