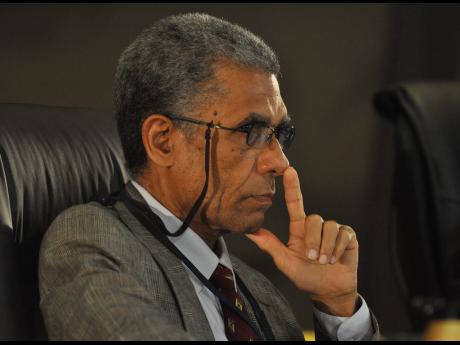 The leadership of the Jamaica Police Federation (JPF) has demanded the immediate resignation of Professor Anthony Harriott, head of the Police Civilian Oversight Authority (PCOA) for what is being described as "erroneous and disparaging" comments made against members of the police force.

Harriott, in a Gleaner article titled "Chop MOCA from toxic JCF," published on Monday January 29, 2018 described the Jamaica Constabulary Force (JCF) as toxic, stating that: "The occupational culture of the JCF is one where you take the car and you go off and drink rum and do no investigation."

The JPF has since responded with disgust at Harriott's claims and has called upon him to retract his statements and issue an apology to the numerous hard-working men and women of the force.

"It is alarming that an entity such as the PCOA that was established to assist in the transformation of the Jamaica Constabulary Force into a professional, disciplined and service-oriented police service has made such spurious claims against its members without articulating one credible source of data to substantiate his claim," said Sergeant Cecil McCalla, chairman of the Police Federation, in a statement.

He added that the rank-and-file cohort, and by extension, the entire JCF and its auxiliaries, view the comments as egregious, baseless, and will only serve to erode the cordial working relationship that exists with the JCF and the PCOA.

McCalla further argued that Professor Harriott has had adequate time to retract or clarify his statement, neither of which he has done.

"Therefore, the Police Federation is demanding that Professor Harriott do the honourable thing and resign as chairman of the Police Civilian Oversight Authority with immediate effect," the release read.