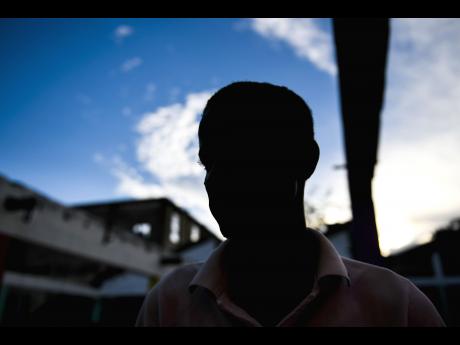 Gladstone Taylor
He is just 18 and has already been taken into custody by the police at least 20 times.

At 18 years old, David Henry* has already been taken into custody by the police at least 20 times.

But that is no different than many of the other young men in his central Kingston community known as 'Tel Aviv', where brushes with the law are a common occurrence.

David's downward spiral started when he was just six years old and lost his mother. He was sent to live with his grandmother, who tried her best to care for him.

As the years passed, her best efforts seemed short, and that's when young David decided to take matters into his own hands.

"She couldn't support [me]. She tried but she was old so she couldn't manage. So I have to go on the road and take (steal) phones and those things to maintain myself," said David at a Gleaner/RISE Life Management On the Corner with Unattached Youths forum in Rum Lane, in the heart of Tel Aviv, last Wednesday.

"From my mother dead a pure foolishness; me start smoke, me start drink (alcohol), pick pocket and dem ting deh for money. Sometime me come home with up to $30,000 from robberies," said David.

But he was not prepared for the challenges that came with the criminal lifestyle.

"First time me go jail me was about age 15. Me spend a month a jail for a Samsung phone. Me get lock up again at age 16, and another time dem arrest me when me was 17, last year," added David, as he noted that he has gone before judges on countless occasions.

"Sometimes the police let me go, sometimes them charge me and me go court and dem ting deh ... . The last time she (the judge) gave me four months remand. Another time she gave me correctional order," said David with a nonchalant demeanour.

"Me go Rio Cobre (Juvenile Centre for Boys) one time and me go Metcalf (Street Juvenile Remand Centre) four times. But me really want stop them things here," he declared as he shared details of the severe beatings he has received from the police and other wards of the State.

"The children's homes don't help you because they still war there. You go there you have to just learn the ropes and try to live good."

According to David, he spent so much time in state homes that he garnered the respect of many wards he met.

Just recently he was beaten, pepper-sprayed and dragged to the Kingston Central Police Station by cops who accused him of grabbing a woman's cellular phone in the downtown shopping district.

He denied that allegation.

Last Wednesday, the young man was among several unemployed youths in Parade Gardens who pointed to a lack of opportunities as major push factors towards a life of crime in the gritty inner-city communities of Jamaica.

He said another factor is poor parenting and an absence of positive role models.

David said his older brother is spending time in prison for a murder committed in 2013, and he has not heard from his father, who is reportedly living overseas, in years.

"So that is why I really want to get some help, to get a work and those things because I really don't want to be here. Everybody stay here a morning time and burn weed and I know definitely that those things not really working," said the desperate young man who wants escape the crime trap that has captured so many of his friends and neighbours.

No age limit on education – 43-year-old mother of four heading back to school
Save the youths with music! - Southside wants a recording studio to occupy the minds of unattached youngsters
'Blame the parents!' - Without guidance, Tel Aviv children becoming 'shottas'
Motherless, jobless but not hopeless - Kimani searching for an opportunity
Cruel & clueless - 'Tel Aviv' held hostage by young gangsters who don't know what they are fighting for