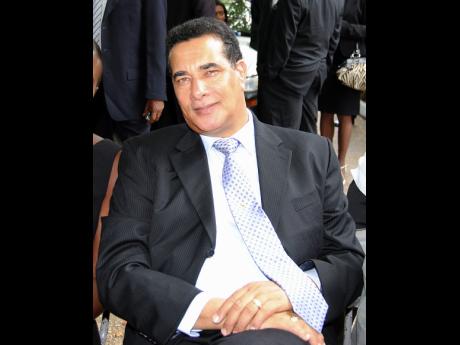 With a massive road-rehabilitation campaign now on in St James, Montego Bay's mayor, Councillor Homer Davis, plans to get tough on construction companies, especially those transporting concrete and causing spillage along the roadway.

Speaking at yesterday's monthly meeting of the St James Municipal Corporation, the no-nonsense Davis, who is on a relentless campaign to restore order to all facets of life in St James, said that the spilling of concrete along the roadway had got out of hand and must not be allowed to continue.

"I have instructed the chief executive officer of the corporation [Gerald Lee] and the superintendent of roads and works [Bryce Grant] to act post haste in setting up a meeting with the operators of all concrete mix companies in the parish within a week," Davis disclosed.

He added: "This practice of concrete mix being spilled along the parish's roadways has gone on for too long, and the time has come for action. I want to have the representatives of these companies in a meeting by next Wednesday (May 16), along with the police and NSWMA (National Solid Waste Management Authority), to read the riot act to these operators, and for them to understand that this practice of spilling concrete along our streets, with no regard for the public, must stop."

Once the meeting has been held, the mayor said that the police would be asked to pay closer attention to the actions of the truck drivers and the NSWMA would be asked to take action in relation to breaches of the Solid Waste Management Act.

"In addition to leaving the streets unsightly, the spilling of concrete along the roadways makes them dangerous, as huge mounds are often seen on the streets, forcing motorists to swerve, and this can result in accidents," Davis pointed out. "Concrete sometimes spills from trucks on to motor vehicles, which also poses a danger to drivers and other users of the road," added the mayor.