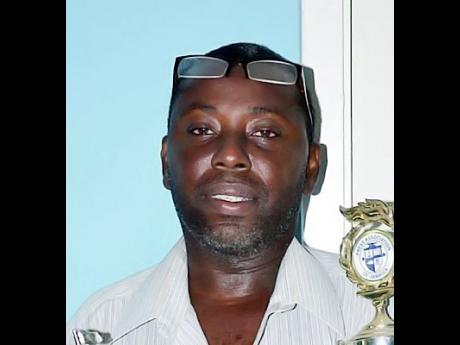 Well-known journalist Alan Lewin is now recuperating in the Falmouth Hospital in Trelawny, where he underwent emergency surgery last weekend after he was allegedly attacked by three knife-wielding women in Montego Bay on Friday night.

Lewin, who has worked with several media entities, including The Western Mirror and The STAR, was reportedly attacked and stabbed several times in the head, back, and chest in the vicinity of the Montego Bay Post Office #1, which is located less than 300 metres from his home in Paradise Row (North Gully).

Despite the serious injuries he sustained, persons who witnessed the attack said that he was quite lucky to escape with his life. If bystanders had not intervened, he could have been killed as his attackers reportedly kept stabbing him even after he fell to the ground in a pool of blood.

"All when him camera drop and him flat out on the ground, they were still coming at him," said a friend of the journalist. "It is a good thing people saw what was happening and rushed in to assist him."

Lewin, bleeding profusely, was initially rushed to the Cornwall Regional Hospital but was subsequently transferred to the Falmouth Hospital after he reportedly lost consciousness. At Falmouth, he underwent emergency surgery and has since been stabilised.

According to unconfirmed reports, the matter stemmed from a domestic matter between Lewin and a relative of one of his attackers. It is unclear as to whether his attackers have been arrested by the police.

Montego Bay-based reggae artiste Mackie Conscious, a long-time friend of the injured journalist, expressed outrage at the incident, while questioning why anyone would want to hurt a man who is renowned in Montego Bay for his generosity and caring nature.

"Why would someone stab such a very kind-hearted and sympathetic soul? He is never in a fight; he is always helping and giving to people the last of everything," said Mackie Conscious. "Alan even give up his room to people he doesn't even know because they are in need. He is always seeking jobs for people. I have never gotten a 'no' to any favour I have ever asked of him."