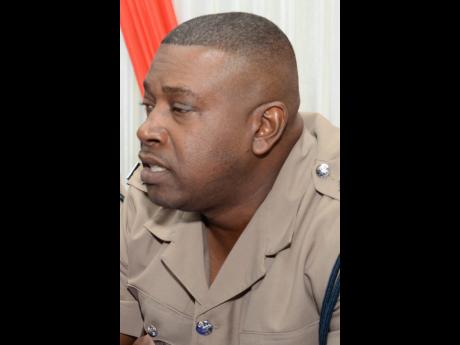 Tears flowed freely at the New Works Primary School in Westmoreland yesterday as students and teachers reacted with shock and grief to the murder of nine-year-old student Kadijah Saunders, whose body was found in an isolated section of the nearby community of Bog on Tuesday night.

"The students are here, but we are not having any classes. We are giving them the time to grieve," said principal, Charmaine Samuels. "We have the media here, the police are here [along with] members of the PTA (parent-teacher association), and we have had grief counsellors coming in and talking to the students."

According to reports, when young Kadijah did not return home from school at the usual time, an alarm was raised and a search was initiated to find her. Her body, which showed signs of having been strangled, was found in bushes shortly after 10:30 p.m.

"It appeared that she was strangled ... . Some of her clothes were off," said Superintendent Gary McKenzie, commanding officer for the West-moreland police. "We subsequently carried out further investigations, and that led us to taking a 13-year-old male child into custody."

Cynthia Saunders, mother of the deceased child, described her as a loving and caring person who loved to play and was always full of life.

"She was always jovial, always smiling. She was a happy child," said the mother, who was not at home when her daughter left for school on Wednesday morning. "She was very special. She loved to play and take photographs, and she was always asking others if they were okay. She was very caring," Saunders told The Gleaner.

According to Saunders, the sad news has jolted her family and has left them traumatised. She said that the boy who was taken into custody in connection with her daughter's death was someone who visited her house regularly.

"A few days ago, he came here to pump the wheels on his bicycle. We have a very good relationship with his family ... . This is just so sad for all of us," said Saunders.

According to McKenzie, the youngster now in custody was among a group of persons who were seen with Kadijah after school on Tuesday. However, the superintendent did not say why that particular boy was taken into custody.

"We are currently trying to put the pieces together by looking at a number of issues surrounding the incident," said McKenzie, who disclosed that the boy was from the same school attended by the deceased girl.

Reacting to news of the killing, State Minister for Education and Youth Floyd Green said, "This is not the kind of news we want to hear. It shows clearly that as a country, we must go back to the days of the village raising the child. No child should ever feel unsafe. The killing of any child must be condemned in the strongest possible terms."

Green said that the education and youth ministry would "continue to provide the necessary support, and we assure the family and community members that our thoughts are with you".

He noted that Jamaica had lost another future leader and that the incident would be an example of how government entities would work together to expeditiously bring perpetrators to justice. He said that he was awaiting a full report on the incident from the Child Protection and Family Services Agency (CPFSA) and other state agencies.

"The CPFSA mourns with the families and community members at this difficult time. Our deepest sympathies are with mother, siblings, the school populous, and the wider community," said Rosalee Gage-Grey, CEO of the CPFSA.