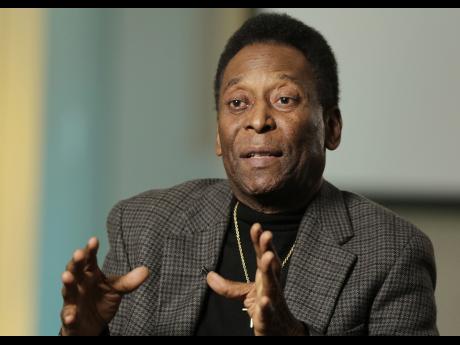 When the 2018 FIFA World Cup kicks off in Russia Thursday morning, the football association presidents in western Jamaica will all be backing just one team - the South American giants and five-time champions Brazil.

Based on the reasons that the presidents have advanced for supporting the Brazilians, it is clear that it is not only about talent but also about tradition and the love and respect developed during many years for Brazil's favourite son, the legendary Pele.

Trelawny FA boss Marline Brown, the island's only female football president, has no second or third choices for the tournament. For her, it is all about Brazil and their samba style, which she is passionately in love with.

David Watt, the acting president of the St James FA who was manager of the Jamaica team to the 1998 World Cup in France, said that, having visited the south American country and fallen in love with its rich culture, traditions and its people, he is rooting for the country that won the 1958, 1962, 1970, 1994 and 2002 tournaments.

"I am expecting that Brazil will shine, as I have every confidence that players like Neymar, Coutinho and Marcelo will sparkle," said Watt.

Everton Tomlinson, president of the Westmoreland Football Association, has been supporting Brazil since the 1970s and while his hero PelÈ no longer wears the famous Brazil No. 10 shirt, his loyalty remains intact.

"PelÈ was my idol as a youngster, so, naturally I am a Brazilian fan. Besides Brazil makes the game beautiful by the way they play," said Tomlinson, a former Reno goalkeeper. "I like the guts and determination of the Germans, but I believe Brazil has a very good team and I just can't see them not winning."

Sheridan Samuels, who wears the shoes of mayor of Lucea and president of the Hanover FA, all but declared that Brazilian blood is flowing through his veins.

"I am a Brazilian. I have been supporting Brazil all my life. Once Jamaica is not in it, it has to be Brazil for me," said Samuels. "I heard the Argentina fans saying that it is going to be Messi's World Cup, but they are very wrong. Neymar is going to make it a Messi World Cup for them. Brazil is going to win and you can take that to the bank."

Patrick Malcolm, the man at the helm of St Elizabeth's football, is so confident that Brazil will win that he has no back-up picks.

"I am a Brazil fan and I am very confident that they will take home the title," said Malcolm. "The Brazil team is very strong and I expect that are going to come very good. ... I am saying Brazil all the way."