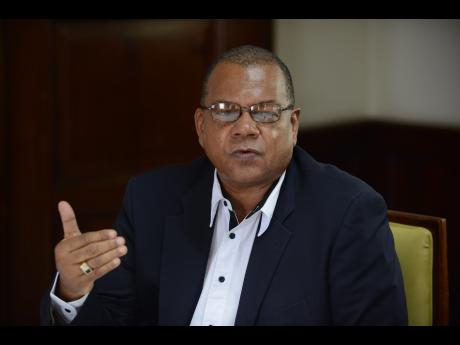 The National Council on Drug Abuse (NCDA) is urging parents and school officials to be on the lookout, following an increase in the number of students experimenting with a new deadly drug called ‘Lean’, and vape cigarettes.

Lean, which reportedly originated in Houston in the United States is a mixture of prescription strength cough syrup (codeine) with carbonated beverages and candy.

It is extremely dangerous in large doses or if used for non-prescribed purposes. Several deaths have been reported in the US.

Last week, Michael Tucker, executive director of the NCDA, told The Sunday Gleaner that in the last six months, students from high schools across the island have been referred to the council after ingesting Lean.

“We are seeing the reports through the schools, through the guidance councillors (and) it reasonably frequent and it is not only one type of schools. The usage is spread throughout the student population, whether it is a prominent school or not,” said Tucker.

“Jamaican students will adopt those drug using habits because of the exposure on social media which we know can be both bad and good,” added Tucker.

He said the majority of referrals to the NCDA come mainly from school guidance councillors but other referrals have come from parents or from the courts after children got into trouble with the law.

Tucker said Lean is being used in addition to ganja edibles or candies, which have reportedly taken off locally among high school students.

Daniel Brown, substance abuse officer for the Corporate Area at the NCDA, said he has interviewed at least 10 students who have admitted to trying Lean in recent months.

According to Brown, those students have reported that their friends are also using the drug.

“One of the common signs is how they make it. It comes in different colours but primarily purple, one of the nicknames is ‘purple drank’," noted Brown.

"If parents see their children walking around with the cough syrup in their bags, soda and sweets, then there is a possibility that they are experimenting with it,” added Brown.

He said students interviewed by NCDA officials have reported that Lean made them drowsy.

The NCDA has also found that tobacco use is going down among Jamaica teenagers but ‘vaping’ is posing a new challenge.

He pointed out that the vape cigarettes are sometimes as small as a thumb drive and can easily concealed.

What Lean does to the body

When looking at Lean’s side effects, it’s important to keep in mind that the drink is a mix of several drugs.

Codeine, one of the main ingredients in Lean, is an opiate that produces feelings of euphoria. This classification puts codeine in the same grouping as morphine and opioids like heroin, Oxycontin or Vicodin. When consumed in large doses or for non-medical uses, codeine can lead to harmful side effects and opioid withdrawal symptoms between doses.

The prescription cough syrup used in lean also contains promethazine, which relaxes the user. As a result, people who consume the drink often lean over — the reason for the drink’s nickname.

In some cases, lean may include dextromethorphan (DXM), a sedative found in many over-the-counter cough syrups that acts as a cough suppressant. When taken in high doses, DXM can cause any or all of these six side effects:

Lastly, lean may also contain a combination of alcohol, caffeine and/or sugar. For example, an individual may mix fruit-flavoured vodka, cough syrup and candy together. The sugar and other ingredients in the drink often cover up the flavour of alcohol and codeine, making it easier to consume in large quantities.