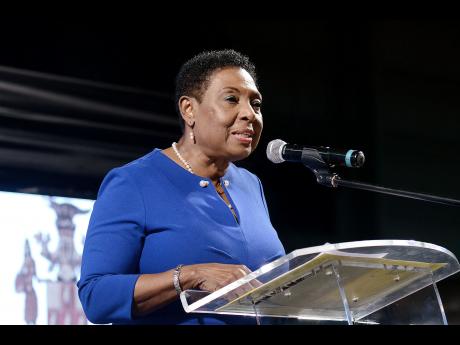 The Rastafari Coral Gardens Benevolent Society (RCGBS), which represents survivors of the brutal 1963 police crackdown against Rastafarians in western Jamaica, has rejected the Government's plan to establish a $102-million Rastafari Trust Fund, saying it is not their preferred option.

In responding to the announcement, which was made by Olivia Grange, minister of culture, gender, entertainment and sport, in Parliament last week, Pamella Williams, secretary of the RCGBS, said that the organisation was shocked by the news, having previously rejected that option.

In her statement to Parliament, Grange said that her ministry had already transferred $12 million of the amount to the administrator general to establish the trust fund.

"We are committed to transferring $30 million annually, over the next three years, to ensure the sustainability of the fund," said Grange. "Since the prime minister's apology on behalf of the Government of Jamaica in 2017, we have built a positive working relationship with the Rastafari community. We are committed to national support for the 21 elders so far identified by the Office of the Public Defender."

However, echoing similar sentiments to those that were expressed when the RCGBS rejected a similar offer in a demonstration before Jamaica House last year, Williams said that the survivors were not in support of the trust fund.

"Most of the survivors don't want the Government to set up a trust fund on their behalf. They say they prefer to get the compensation that is due to them individually or through the Rastafari Coral Gardens Benevolent Society," said Williams.

After years of agitation by the Office of the Public Defender, the RCGBS and other Rastafarian affiliated groups, Prime Minister Andrew Holness April 2017 apologised for the atrocities, which the Rastafarians have blamed on former Prime Minister Sir Alexander Bustamante.

At the time of the apology, Holness outlined a number of tasks that the Government would follow through on to compensate the Rastafari community for the 1963 police crackdown.

"We have taken a symbolic yet courageous and pivotal move, which means that we can face the future with renewed hope," Holness said at the time. "While we know this (apology) cannot erase the brutality, oppression and injustice, I am comforted by the willingness of the Rastafari Coral Gardens Benevolent Society to keep the dialogue going."