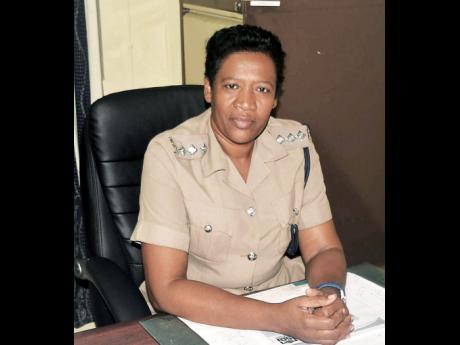 Superintendent ShAron Beeput, head of the Hanover Police Division, has taken issue with the recent allegation by the mother of a man who was killed in the parish last Friday that he was murdered by the police.

"It is difficult to understand why she would say such a thing when she knows it is not true," said Beeput in rejecting the allegation by the man's mother, Annett Calvin. "She knows that he was no angel and that he was running with the wrong crowd."

The man in question, Nicko 'Fat Man' Campbell of a Lucea address, was killed along the Sandy Bay main road when a car pulled up alongside the motorcycle that he driving while transporting a pillion rider and opened fire. Campbell died on the spot, but his passenger survived the incident.

"It is true that we were searching for him in relation to crimes committed in the parish, but we never managed to locate him before he was killed," said Beeput. "We were alerted to his death by a motorist who saw him lying along the roadway with the motorcycle on the ground beside him.

"The pillion rider survived the shooting, so I am sure that he will be able to give an account of what happened to them."

In the aftermath of Campbell's killing, his mother told The Gleaner that she strongly believes that he was killed by the police as, according to her, they had visited her house in search of him two times on the day that he was killed.

"A di police dem kill mi son," Calvin told The Gleaner. "Di police dem come a mi yard two times Friday a look fi Nicko, and mi ask them seh what dem a look fi him fah, and dem seh him was a suspect inna shooting, and then dem lef."

However, Beeput further refuted Calvin's claim: "It is no secret that he was involved in gang activities in the parish, and we were searching for him in connection with those crimes. We never found him, and we are in no way responsible for his death."