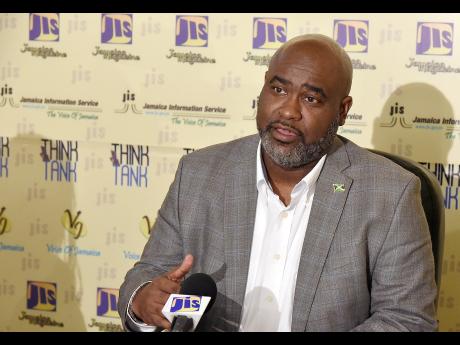 Chairman of the Spectrum Management Authority (SMA) Trevor Forrest has finally broken his silence on the exchange of emails with Dr David McBean, in which he appeared to be trying to belatedly insert Carolyn Warren on a shortlist of persons to be interviewed for the position of manager - administration, in 2016.

According to Forrest, the reports, first published by The Gleaner, have given the false impression that he was seeking to subvert the recruitment process and have Warren parachuted into the job.

"I had no knowledge of who Carolyn Warren was, we had never met, nor did I care if she was hired for the post. Her application was based on a referral which I received before the deadline but, based on my own tardiness, forwarded to management late with the attendant request," said Forrest.

"Due to the capacity in which I serve, I routinely get at least two rÈsumÈs weekly. These are rÈsumÈs sent by professionals seeking work or forwarded to me by colleagues and associates on behalf of such professionals. Perhaps this might now be an occupational hazard.

"It also appears The Gleaner, in wanting to be sage in its analysis of the issue, read far too much into the emails, leading the paper to accuse me of encroachment. I reject that descriptor," added Forrest.

He argued that nothing in the email thread seen by The Gleaner suggests that McBean was pressured into following his request.

"And when Dr McBean defended his position, nothing in the email thread suggests that he was intimidated into acting on the request," declared Forrest.

He underscored that making a shortlist for a job opening is a far cry from being appointed to a job, and charged that the difference in opinion with McBean related to the lack of clarity in the SMA's Recruitment, Selection and Staffing Policy as it related to the insertion of a new rÈsumÈ into an ongoing recruitment process.

Forrest said since the difference of opinion was so stark he sought to have the matter addressed conclusively at the board level.

"Feedback on our impasse was also received from a representative of the Public Service Commission. This, in my view, further supported my position that there was need for review and tightening of the existing policy.

"Hence, a review and revision of the SMA's Recruitment, Selection and Staffing Policy was undertaken by the board, not just to settle the issue at hand, but also to ensure transparency and probity with any such matter in future," said Forrest.

He pointed to a further email he sent to McBean in which he argued that the then policy of the SMA could open itself up to misinterpretation.

The SMA chairman further argued that his exchanges with McBean, and the stances that they both took, ensured that the policy around recruitment at the SMA is no longer subject to anyone's misinterpretation.