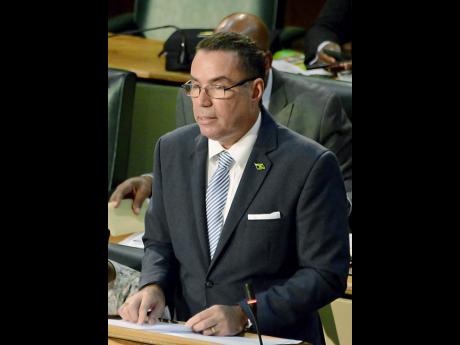 A senior security official of the Sangster International Airport in Montego Bay, St James, has dismissed allegations that Daryl Vaz, minister without portfolio in the Ministry of Job Creation and Economic Growth, breached security protocol with a licensed firearm during a recent domestic flight.

"If you go by the initial report you would think that there is a breach, but when we investigated the matter and spoke to the people involved, including the supervisor, we became convinced that there was no breach," said the official who asked that his name be withheld for security reasons.

"I am not abandoning my people, or throwing them under the bus, but I don't know how that report came out in the first place because it was nonsense," added the security official, who has sent a report to the director general of the Jamaica Civil Aviation Authority.

In that three-page report, the security official said, "We found no breach on the part of Minister Daryl Vaz or (the pilot) Ricardo Lynch. But we found a trail of misunderstanding, improper application of procedure, and unfamiliarity with (the latest) security protocol on the part of some members of the Port Security Corps."

Late last week a letter surfaced, addressed to the assistant commissioner of police in charge of border security, which alleged that on July 22, Vaz and another male where at the security screen at the airport for a domestic flight when the male declared that he was in possession of his licensed firearm.

It was further alleged that on being informed of the standard operating procedure relating to the firearm, Vaz gave it to Lynch without it being inspected, before boarding the flight and leaving the airport.

In his response, Vaz argued that by turning over the firearm to the pilot, they followed the procedure which has been used numerous times on domestic flights.

"The police were not summoned during the entire event so I find it curious and odd that a report, purportedly prepared by a police officer in St James, was leaked to political operatives and also on social media," said Vaz.

"The circulation of this document is just the latest in a flurry of growing political mischief being propagated in recent weeks by political operatives and their surrogates," added Vaz.

Late yesterday, reports surfaced that the police are now trying to determine the author of the letter with the allegations against Vaz, as the person whose name is listed as the author has denied preparing it and said that he was off the island at the time of the incident.