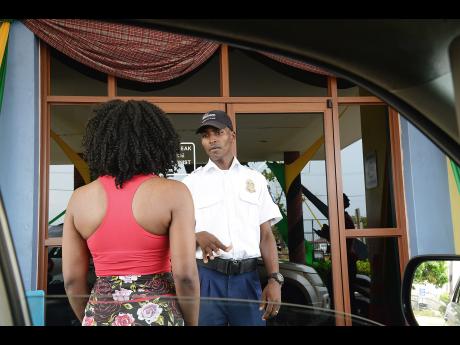 Rudolph Brown
ENTRY DENIED: A security guard at the Ministry of Finance explaining to a Sunday Gleaner reporter that she could not enter the building in her in a sleeveless blouse. 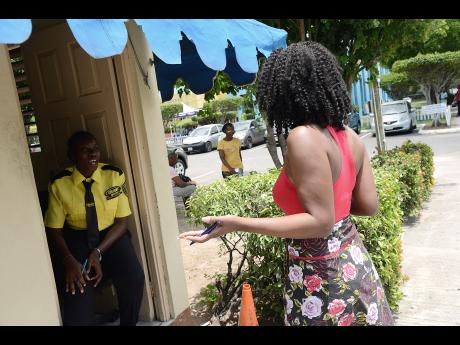 Rudolph Brown
ENTRY DENIED: The security guard (left) at the Registrar General’s Department was adamant that the rules prevented women from entering the facility in a sleeveless blouse. 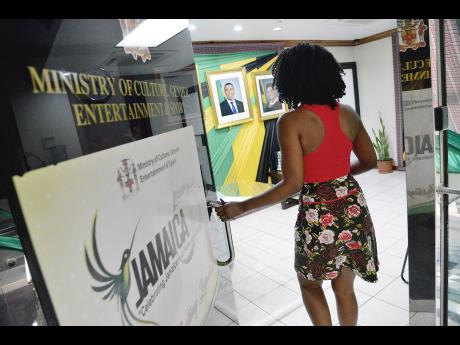 Rudolph Brown
ENTRY GRANTED: No trouble with your sleeveless top at the Ministry of Culture, Gender, Entertainment and Sport. 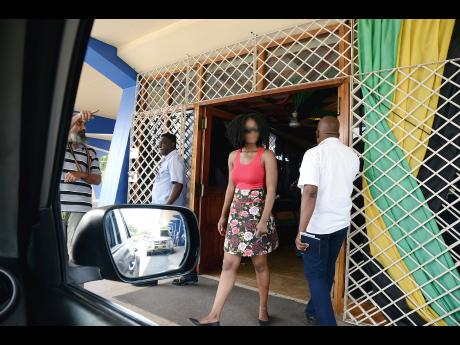 Rudolph Brown
ENTRY DENIED: At the Ministry of Education, there was no room for even a discussion with the reporter. 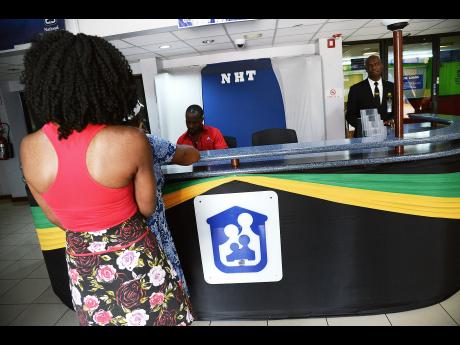 Rudolph Brown
ENTRY GRANTED: At the National Housing Trust head office in New Kingston, it was smooth sailing for the reporter. 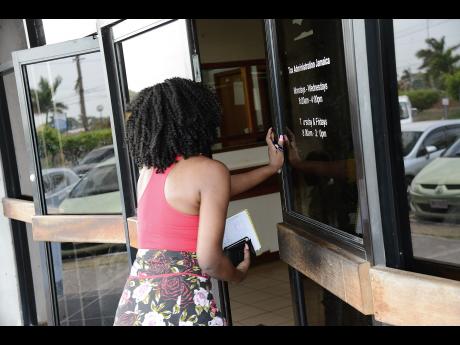 Rudolph Brown
ENTRY GRANTED: No trouble for the reporter at the Tax Administration Jamaica facility in St Catherine. 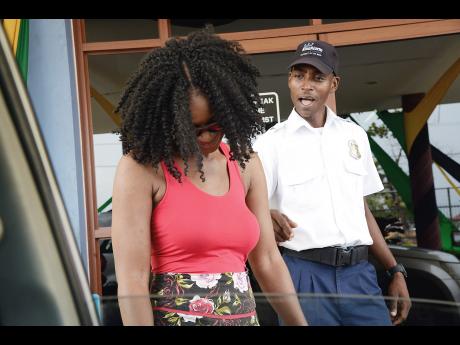 Hours before the Office of the Prime Minister issued a release last Friday that the Cabinet had ordered the suspension of the long-standing practice of prohibiting women wearing sleeveless attire from entry into government buildings, a female reporter from The Sunday Gleaner tested the system.

Dressed in a sleeveless blouse the reporter, who did not disclose that she was researching a story, visited six government entities and was denied entry to three of them while being allowed access to three.

Prime Minister Andrew Holness issued a directive last Tuesday, which was made public last Friday, putting an end to the practice which was never government policy.

Holness also instructed the Cabinet Secretary to write to ministries, departments and agencies to make them aware that they are not to deny access or services to persons, based on their sleeveless attire.

At the Registrar General's Department (RGD) in St Catherine, the reporter was not allowed to enter by the security guard at the gate.

The guard calmly explained the agency's 'dress code policy', even as two other females were seen exiting the compound, one in a revealing spaghetti strap dress and the other with undergarments exposed.

When questioned about the arbitrary enforcement of the policy, the security guard responded: "Only the top part I have a problem with. Too much of your back and chest are showing. Hers doesn't look so bad."

A male customer standing close to the entrance advised the reporter that T-shirts could be bought from vendors nearby. The T-shirts were priced at $200 for rental or $300 to purchase one.

The reporter was also denied entry to the Ministry of Finance and Public Service building in Heroes Circle and the nearby Ministry of Education, Youth and Information building.

The security guard at the finance ministry building explained that she would be allowed to enter if her shoulders were covered as everybody else inside was "properly dressed".

A more frosty reception was doled out by the education ministry, where the entrance was manned by someone not prepared to enter into any discussion, as a woman wearing a sleeveless top was just not allowed to enter the building.

At the tax office in Spanish Town, the reporter was allowed to enter but a helpful security guard warned that her top would be a definite dress code breach at nearby RGD office.

The reporter also had no trouble entering the National Housing Trust head office in New Kingston, where she was told that her sleeveless blouse would not impact her doing business with the entity.

At the Ministry of Culture, Gender, Entertainment and Sport, the reporter was allowed to enter the building, with the security guard making it clear that there was no rule to ban women from entering the building based on their sleeveless attire.

He said he was unaware of any incident where persons were turned away for wearing sleeveless tops or otherwise, as the ministry was more relaxed especially as it deals with a lot of the creative people.

The Cabinet has mandated the minister of culture, gender, entertainment and sport to "formulate, subject to consultation, a government dress code policy that is aligned with modern considerations as well as the climactic realities of Jamaica".